How do we handle Windows 10 (Threshold 2) Questions?

Threshold 2 bring several specific enhancements to Windows 10. Some of those things are not possible in build 10240 (Threshold 1). An example of this would be installing Windows 10 with a Windows 7, Windows 8, or Windows 8.1 license key.

There are some other generic improvements that also come with Threshold 2. In the end there are several major and minor things that make these two builds different enough that warrant separate tags.

It will be possible to defer Windows Anniversary Edition and Threshold 2 for a period of time on Windows 10 Professional and Windows 10 Enterprise installation. So although these updates are "required" there is still a legitimate need to separate questions even if we are only applying these changes to old questions asked before these updates are released.

So how do we separate Windows 10 questions? This same question can be applied to the next updates Windows Anniversary Edition in 2016. Looking forward the changes between these builds, will be as different as, Windows 8 and Windows 8.1 are to one another.

As somebody who performed the update to Threshold 2 I can say to the end user, it appears that Windows 10 is being installed again, so this is a major update. This isn't as simple as installing a service pack.

Below is a screenshot of the next Windows Insider branch (RS1_Release) which is believed to be the Windows Anniversary Edition aka the Redstone branch. 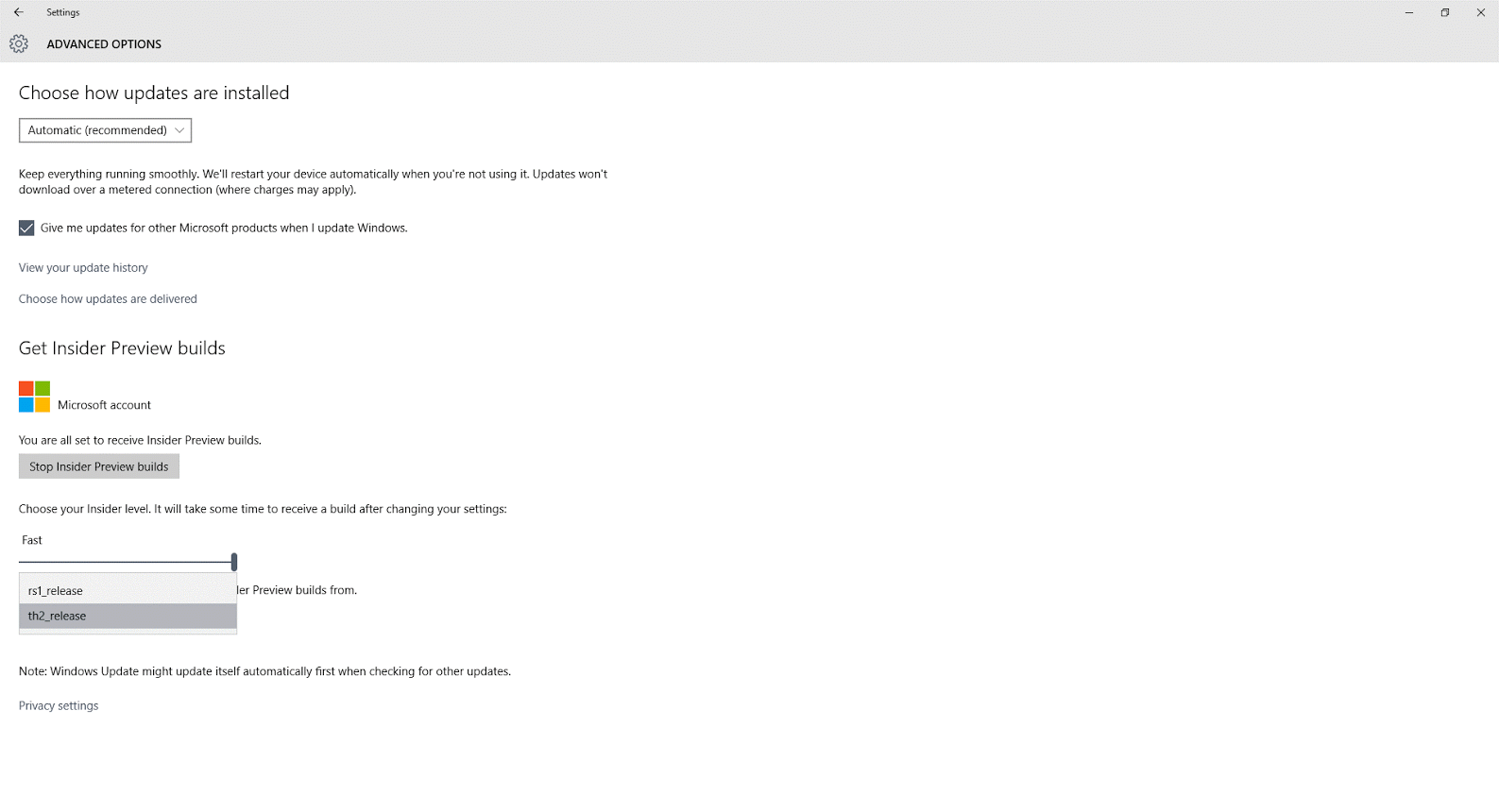 Consistency would be that we treat these the same way as we would windows8 and windows8.1 and have a new tag for each major(ish) version.

What to name those tags though is the question. windows10-th1 and windows10-th2 lacks a certain je ne sais quoi as a tag, but as Microsoft isn't naming them something more relevant such as SP1 or 10.1 then it's the best we can really do. If the question is relevant to all versions then the base windows-10 tag would be preferred.

I had been hoping that these would sound a lot more like real releases than minor feature packs.

Aren't they all using Windows 10 anyways? Why must we use the reductio ad absurdum with tags when there isn't any actual gain for asker and answerers? People can't even tell whenever their question is applicable to only one or another version, nor should we hope they know, which would just put more pressure on knowledgeable to fix the tagging (or at least, try to), without any actual benefit of such chore. And guess what, they will not replace the tags, anyways.

In the end Microsoft will push forward the update/upgrade to all their users for "security reasons" and the point will be reduced moot by then. Answerers should just presume the asker is using any version of it, and answer with the method is applicable for all iterations. I mean, installing software would be the same for years to come, no?

Someone created the windows-10-v1511, here's the results:

All in all, none of these questions benefits from having an extra tag, and in those cases where it would make sense, the issue isn't even related.

5
What can we do with [restart] and [reboot]?
30
Let's get started with Windows 8!
3
How should we handle questions involving (non-Windows CE-based) Windows Embedded?
2
Questions about beta/pre-release software. Why are there still 73 questions tagged [Windows-8.1]?
16
Creating a single CW post for the Windows 8.1 0xc1900101/Upgrade Bootup issue
15
What to do about the Windows Insider Program?
12
How to deal with questions regarding Windows 10 icon troubles
6
Requests for hardware drivers
11
Is it even possible to reword my question to be relevant?