Should we, the community, be able to accept an answer on the OP's behalf? [duplicate]

Is there a way to FLAG an SE\SU Q&A post (any really, but perhaps only for an old one) that's in the unanswered queue\state to a moderator, etc. to indicate there is a clear and obvious answer to this question (maybe leave a clarification note)?

Maybe there is some answer that worked and indicated per a comment from the requestor indicating thanks for assistance with a resolution, but not accepted answer; thereby, indicating this unanswered question MAY need to be tagged as answered but let's have others verify, confirm, and approve if that's the case.

If this isn't currently possible, but maybe in a future release it could, then how would someone else (if it's even possible) accept an answer on behalf of someone else (activated or inactivated SE account) and ensure applicable reputation is allocated accordingly? Should any reputation be assigned in this case?

Premise of this question

I hear of this large number of unanswered questions on SE, seems like a way to easily incentivize more thorough action to be taken frequently!

Please weigh in with your opinion! 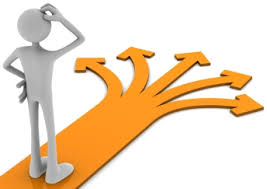 Please provide and answer if you can; all comments are appreciated, I'm here in this particular instance to ask a question and expect some answers at some point.

Please up or down vote and thanks for the acknowledgement either way (Gracias Muy Mucho!!)

When I first read this question, I thought you meant "unanswered" as in "has zero answers". Then, upon further reading, it sounds like you are talking about "questions which have no accepted answer". Since I'm still not 100% clear which one of these alternatives you are asking about, I'll handle them case-by-case:

Questions with zero answers at all

(either no response, or just comments)

To handle these, if you see something in a comment that you think would make a great answer, feel free to post it as an answer to ensure that it's less likely to be deleted (since comments can and will be deleted at a moderator's discretion if they are viewed as chatty). Of course, if the comment is short, you should refine and expand your answer to make it a bit more detailed.

Questions with one or more answers but no accepted answer

It is not possible, and probably never will be possible, for anyone else to accept an answer (that is, tick the green check mark) on a question, other than the person who originally asked the question.

My personal opinion is that it should be possible for ♦ moderators to accept an answer on questions that have at least one upvoted answer and no accepted answer for more than 3 months (I just arbitrarily picked that value; maybe 6 months or a year would be better).

It would also be a neat 30, 35 or 40k reputation incentive to allow users at that reputation tier to vote on accepting an answer under the same conditions as a ♦ would, except requiring 5 votes in favor of a given answer before it becomes accepted.

However, this has been discussed many times on meta.stackexchange and shot down every time. They believe over there that the current system, where only the OP can accept the answer to indicate "this is the answer that helped the OP the most", is the only valid system. To allow anyone else to accept an answer would be to dilute the ability of the OP to choose the answer they want (even if at an extremely belated date), or to abstain from choosing an answer in order to say, "none of these answers are good enough for me".

If any change like this were to ever happen, it would have to be discussed and approved over on meta.stackexchange, so if you are interested in climbing that mountain (and it will be a VERY tall mountain, and you will need to refine your reasoning and the way you speak in order to win any favor at all over there), you should post the question at meta.SE. They are not going to make a change like this just for Super User, no matter how much we want them to. It would "de-harmonize" the user experience and code base between Super User and the other SE sites.

If it worked for you, upvote. If its a seriously awesome answer, post a bounty.

3
Community Voting System to accept answers not accepted by the OP
21
Unanswered questions that are answered without upvotes or accepted answers
2
Who accepts the question in case the the creator deleted the account?

18
Old unanswered inactive questions with low views/votes
6
Can I see a list of votes for my comments?
1
View the year questions are posted and be able to sort questions by votes regardless of year?
5
Tags that should never be the only ones on a question
2
Tags like 'Windows' should be more general in its filtering
1
Can a moderator mark an answer as correct?
1
Could this bounty be left open forever?
2
In the middle of writing answer on a question when it's closed and losing the answer content?
1
My answer was deleted: why, and what should I do now?