Why are some gravatars not rendered?

I'm not sure whether this is a question for Meta (site operation), or the main site (technical issue). But I've noticed it only on this website, so it seems related to how the site is rendered. It's been a somewhat recent issue (maybe a few months-ish).

On some pages, selected gravatars are not rendered. It is only certain ones, and those are generally consistent (reproducible, and a page refresh doesn't affect it). For example: 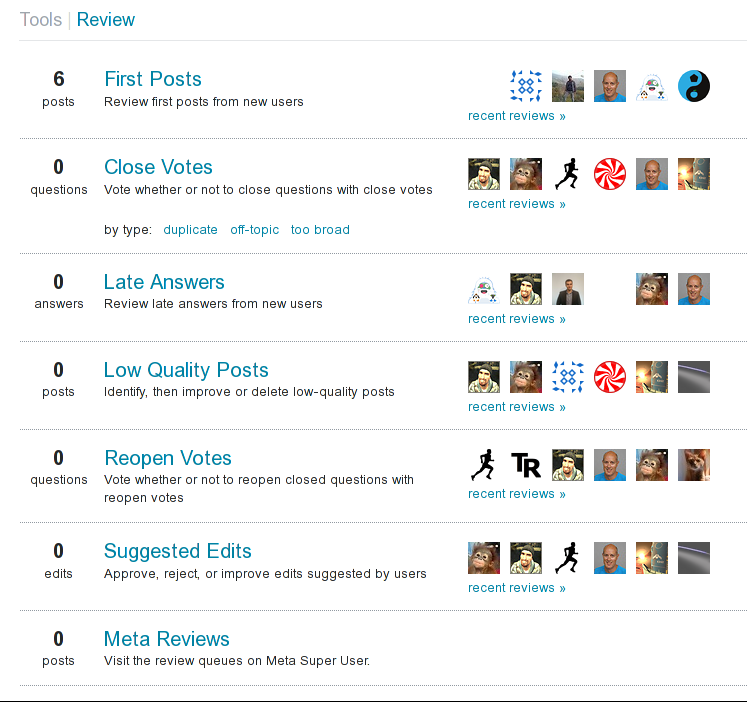 Notice a hole in the gravatars at the beginning of First Posts and in the middle of Late Answers. Both holes are for yass

There is a hole in the 5th gravatar position. That hole is Mokubai's gravatar. Moderator gravatars routinely are not rendered.

If a row of gravatars includes several "problem" ones, there are several holes. In all cases, if I hover on the hole, the gravatar is rendered in the popup.

I don't recall seeing holes on the main page or on any post thread. I wouldn't bet the farm on it, but if it happens, it is pretty rare, whereas it is routine on the reviews page and chat.

I use Firefox, have a lot of add-ons, and use SOX, which occasionally interacts with site rendering. So this could very well be a local problem. I haven't tackled diagnostics, yet, because they can be very time consuming.

I was hoping some of our web programmers might be familiar with the site's underpinnings and some characteristic that could differentiate certain gravatars from others. It would also be useful to know if this is a problem that has been reported by others. That would be a hint as to where to start looking.

In Chrome (similar instructions for other browsers):

I can see their gravatars fine (but they're rendering as randomly generated ones for me; yass's gravatar is just a random one:

Can you see that? If not, might be your ISP is blocking the hosting site (this would be pretty common at work, I think.)

6
Why are game questions on SU just closed and not deleted?
5
Reputation not being credited to SU account on some questions migrated from SF even though SF rep lost
5
Why are some of my questions highlighted in blue?
6
Are there some penalties or drawbacks for having declined flags?
2
Why are some posts text grey or dim?
2
Why deleted Questions are permanently deleted while answers are not?
5
Why are generic flags not available for low score answers?

// TODO sg: TMP solution until we are confident in our current implementation of async imports // once we are, we can move the if into the js entry file and dynamically load the mark obsolete module