I would like to see up/down vote tallies not released until the question has had a chance to be viewed. It's fairly well established that seeing results of votes before you have had a chance to express your opinion (or vote) affects those who view a question later.

How many people don't have a tendency to jump on a bandwagon and follow the along.

Admittedly, comments can have the same effect, but at least there, one can consider why the person commented a particular way: ex: "I don't like your question because I feel anyone who uses Cobol as a programming language deserves all the problems they get..." At least subsequent readers may have a clue as to why the commenter didn't like the question and can choose to agree, disagree, ignore, or contextualize the opinion based on the writer's stated position.

It also might reduce crowd-oriented opinions which, mob-psychology generally shows a tendency towards extreme and unhealthy responses. (burn her, she's a witch!)...gulp...

It may be that allowing the poster to see the count might be reasonable, though they'd have to be reminded that the final count won't be displayed until later and not to bias the results by talking about early returns.

It's only about votes affecting other voters that I'm worried about -- not about the question author seeing the votes.

Now the question is is whether or not they took into consideration the added comment or not.

I don't like the idea of delaying the votes at all. Especially for two weeks! A question is lucky to stay on the first page of questions for two hours. After that time it's only going to be seen, and answered and voted on, by people looking through the questions intentionally. Such searchers are not likely to fall to mob mentality in their voting.

Conversely, the instant feedback to the OP can be useful, especially if it alerts them to a problem with the question that voters didn't feel like taking the time to make known in comments.

It also doesn't make sense to hide the votes for that long, or for any length of time really, when the OP only has to wait 15 minutes before accepting an answer (unless it is a self-answer, which requires 48 hours).

I'm a management major. I have no idea what deity I must have annoyed to have the words "management" twice in my degree cert.

And our voting system is what we'd call a "distinctive competitive advantage" in management classes.

It is literally the second thing in the site tour. 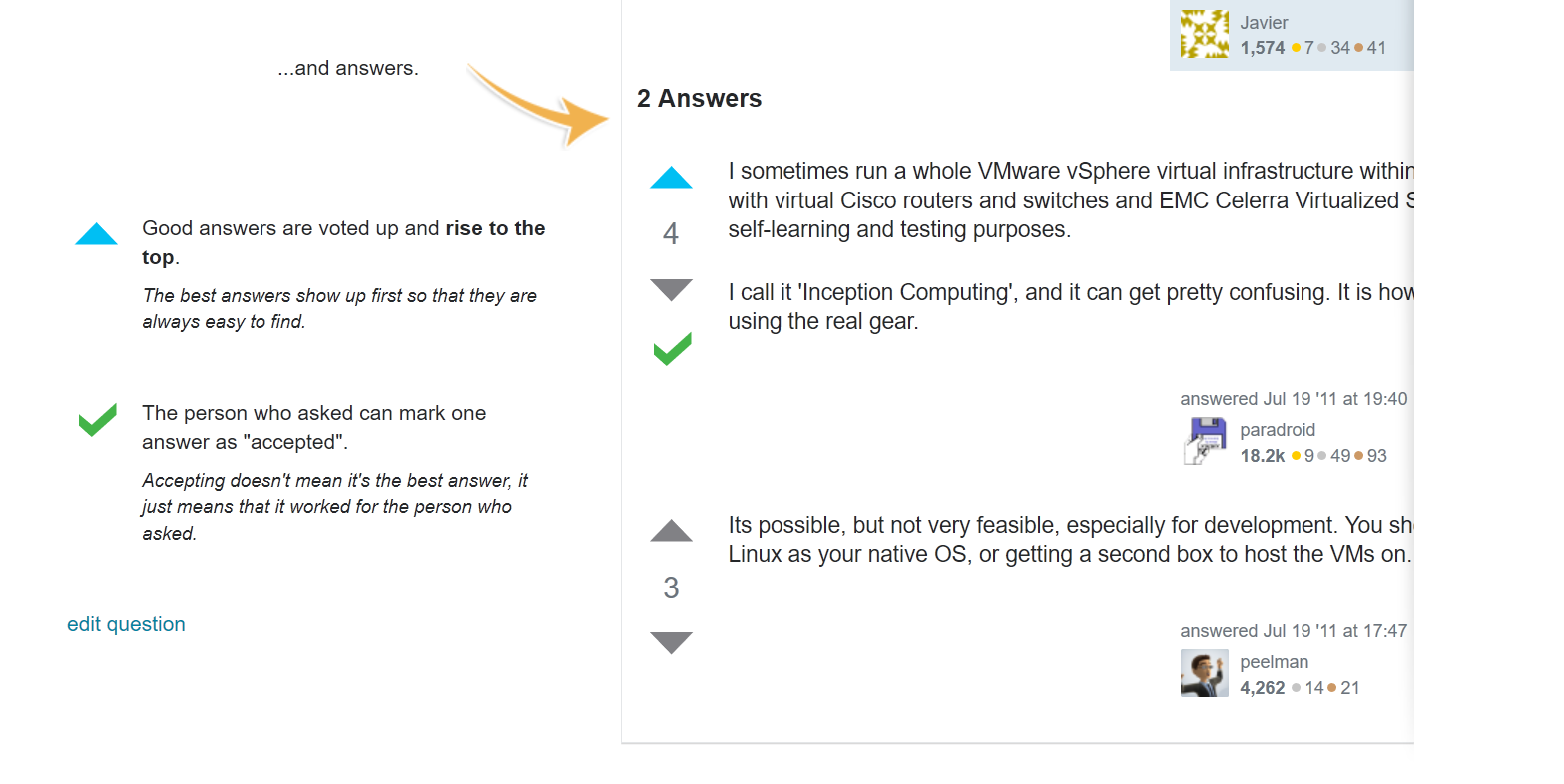 And that in a busier site (Don't forget, we share a platform with quite a few sites), two weeks is essentially a lifetime, and you might as well forget about voting at all then.

Lemme give you an example of a site that tries the QA format, without the various levels of quality control we have. There you go

Yeah, I picked the most horrifying example.

I'd note though, this has been suggested many times before - This search on MSE gives you many examples, suggesting stuff from why is it even shown to a few days.

At the end of the day, its what makes stackexchange tick, and removing or hiding post scores takes away a major distinction between the network and other QA sites.

Not the answer you're looking for? Browse other questions tagged feature-request status-declined questions .

18
Gentle reminders to mark an answer as accepted?
5
Comment vote equilibrium: Ability to vote down
14
Revoking flags and close votes
7
Suggestion for a system to vote on edits
9
Has the possibility of having a "Vote to Answer" been discussed?
13
Acknowledging comments so that they can be removed