Is handlebar a technical term that I am unaware of?

Please excuse my poor attempt at humour in the title, but should this suggested edit have been rejected? 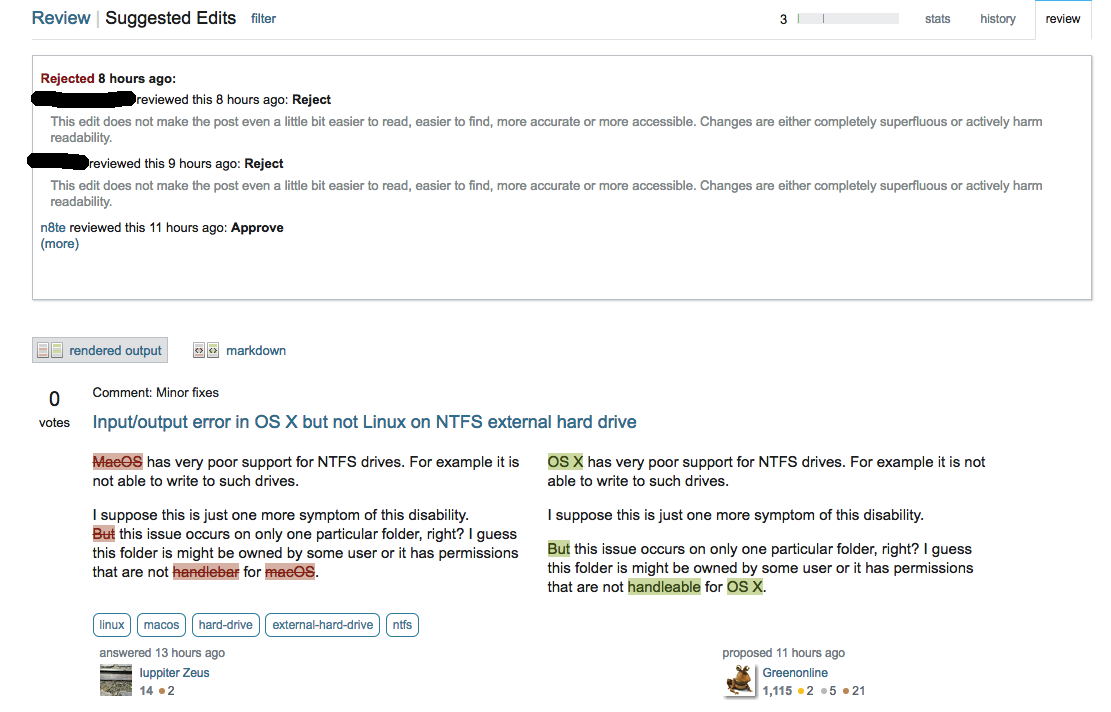 Please note that I am certainly not calling anyone out, about this, as the reviewers have accommodated me, above and beyond, these past few days... I am merely wondering where I went wrong?

1 Apparently it is, according to dictionary.com

Akin to Old Norse höndla "to seize, capture," Danish handle "to trade, deal," German handeln "to bargain, trade." Related: Handled; handling. Meaning "to act towards (someone) in a certain manner" (usually with hostility or roughness) is from c.1200.

I saw this suggested edit this morning and have to admit I was ambivalent about it. I chose to go on with my life and let our other community reviewers decide whether it was a "good" edit or not. Being a mod my vote for "good" or "bad" would be binding and I had things to do beyond an edit that was both good and bad.

On the one hand I agree that "handlebar" looks like a typo and may be worth being corrected. To me your correction makes sense.

On the other hand MacOS and OS X are largely interchangeable terms for "the operating system that runs on a Mac" in my vocabulary, and I suspect in many other peoples. Changing one to another is superfluous. Apple recently rebranded OS X to call it just macOS, as a result we even switched our tag synonyms to align with that change. If you look into that link you will see that Wikipedia has done much the same:

I'm not trying to defend or support whoever rejected the edit, but I do see why they might have done so. The large body of the edit, the corrections from MacOS to OS X, do not feel substantive enough.

6
Very frustrating user experience
16
Can we please have better tag wiki excerpts?
16
Should non-substantial edits be approved or rejected?
19
Add a 'No Caps Lock' message/hint/check on the website
6
Retune the [radio] tag?
22
Rename macos tag?
25
Should users suggest technical edits?