Is there a reason why the tag "slackware" cannot be edited?

Normally, when looking at tag information, at the bottom of the screen, there is a button labeled "Edit Tag Info".

However, when looking at slackware today, there is no way to suggest edits.

Problem is pictured below:

According to the edit history, the post was deleted "by the community": 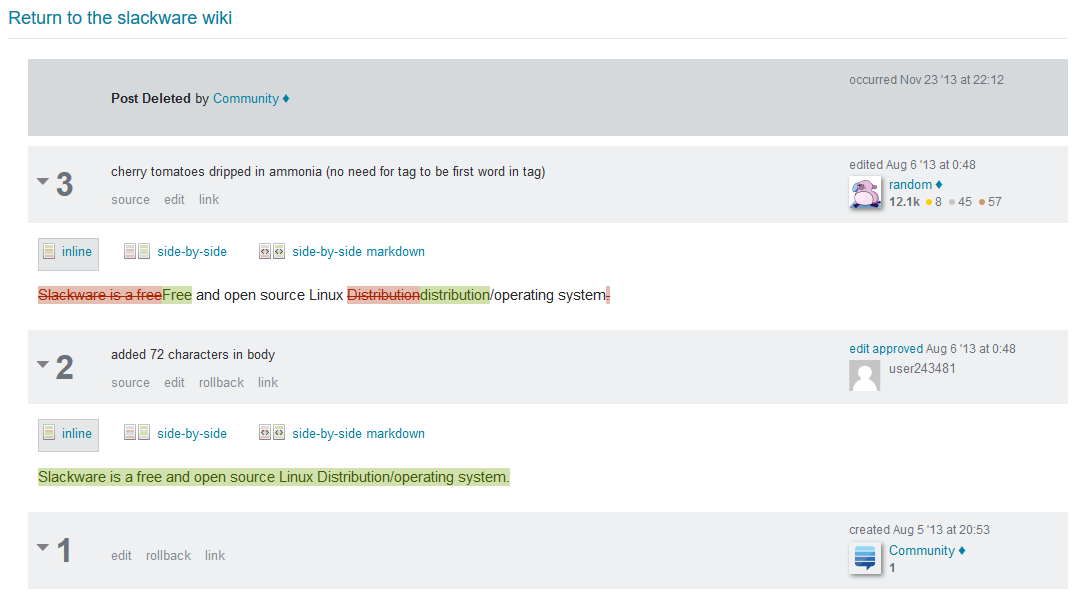 I guess you can't edit a tag wiki that has been deleted.

Turns out what happened here was that the original wiki was suggested by a user who was later destroyed for engaging in nefarious behavior; in these situations all posts owned by the user are deleted along with them - including, as it turns out, tag wikis or tag excerpts (the first editor gets implicit ownership of the "post" that backs these wikis).

There were three other such tags scattered around the network; all are now fixed and can be edited.

Not the answer you're looking for? Browse other questions tagged bug status-completed tags .

3
Increasing "show x items per page" does not working on SuperUser
3
Tag Info not showing
4
Make the edit tags button not bump a post
5
Should There Be A Tag For ReactOS?