Why is this 6 year old user account in the Late Answer queue?

I ran across this answer in the Late Answers queue (review link). The answer was posted 6 years, 8 months ago! The user that posted it is by no means new; this is his only answer and his account is the same age.

Why did this answer by a not-new user appear in the Late Answer queue, where only new user's answers to old questions belong? 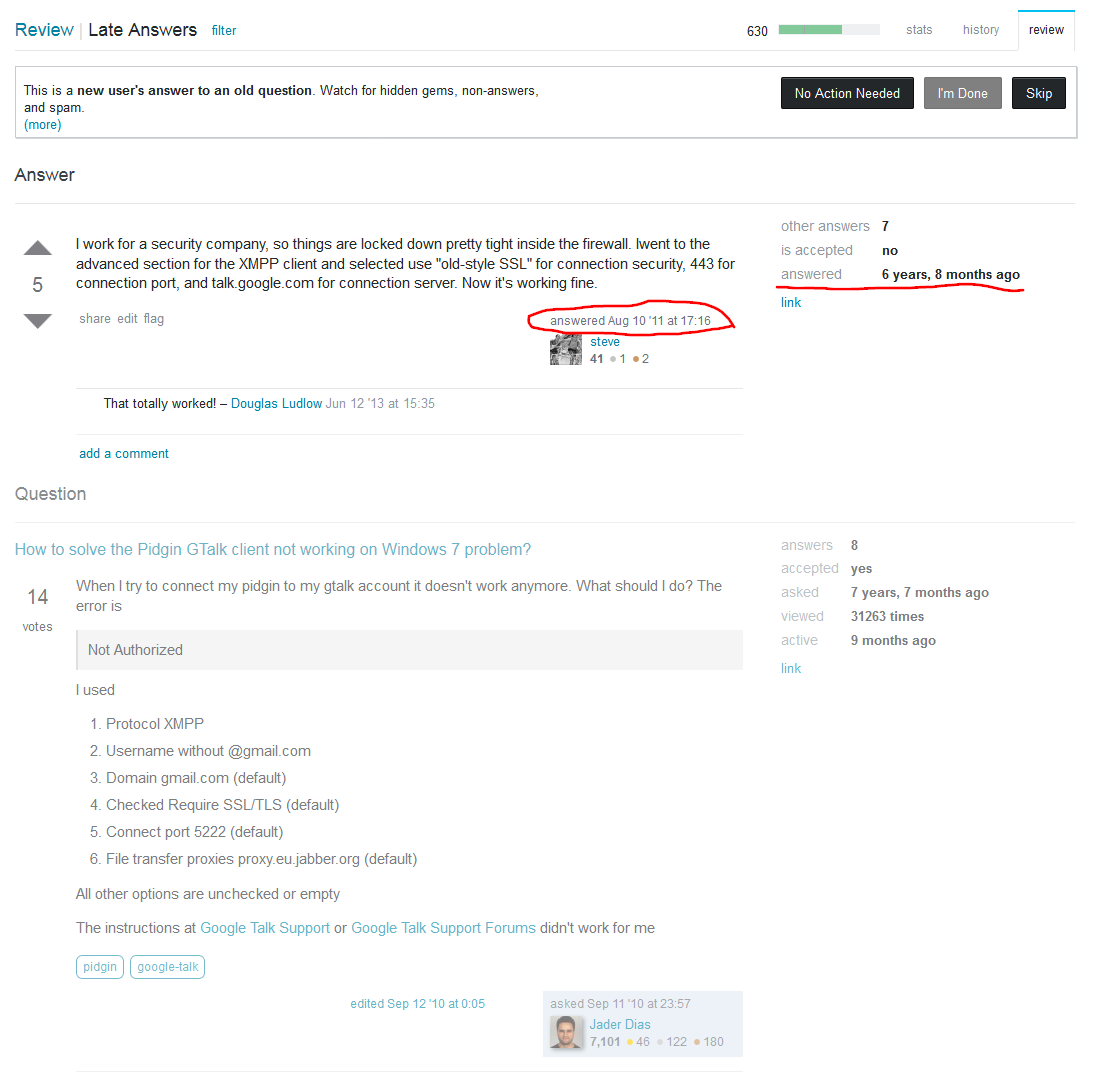 Per this MSE, posts are enqueued into Late Answers if they were posted more than 30 days after the question and their owners have less than 50 reputation. This was not always the case; originally the rep threshold was 10 points. Here's what I think happened:

The vote count of 5 in your screenshots seems to have been cached — I clicked to see the vote split and now it says 4. This and the user's rep graph made me suspect voter user deletion, since the post has never been edited.

6
Review guidelines for new and late posts
5
How should I flag link-only answers in the First Post queue?
0
Approve this question edit by another user?
8
Review completed by one person in First Posts queue?
4
TIL: Answering 10 minutes after a question is asked is "late."
13
What to do with same answers to different questions by the same user?
5
How did a user with no actions and only 101 rep get the Mortarboard badge?
1
Is this answer spam?