But Stack Exchange Android App can highlight the syntax colors. 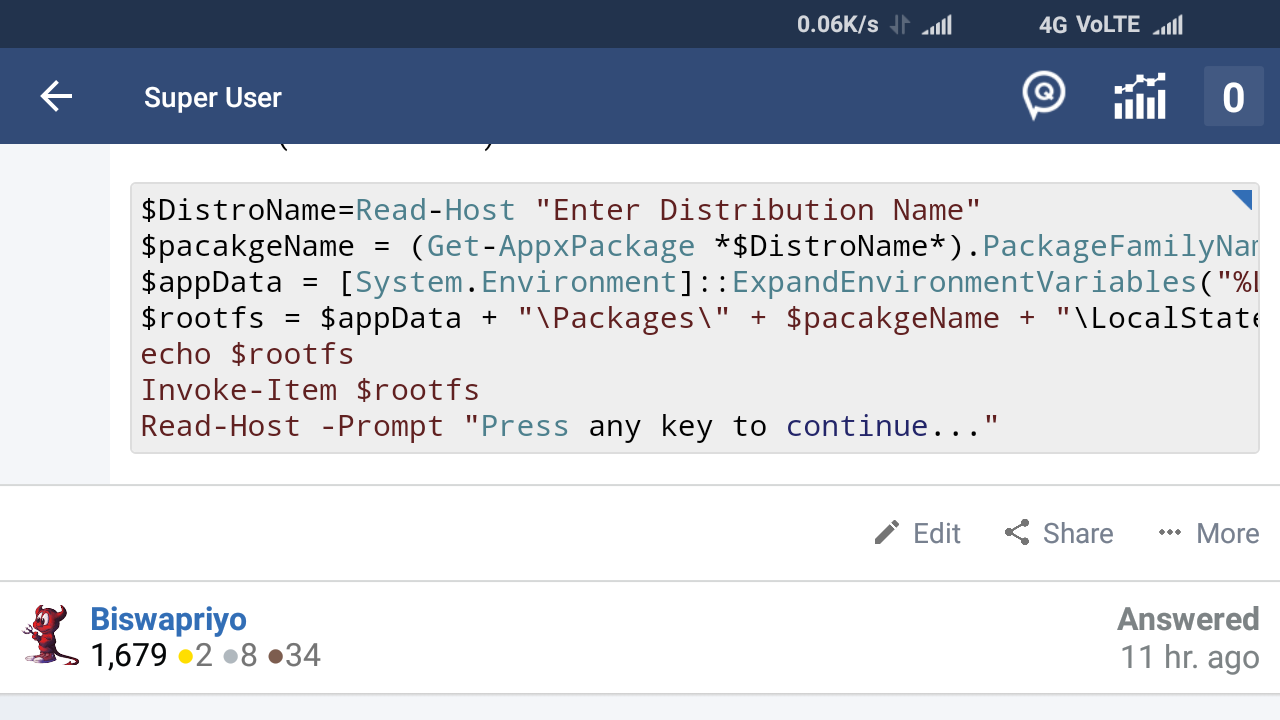 Thanks to DavidPostill who shares this meta thread link. It says to add <!-- language: lang-coffee --> before PS script. With this tweak, that script shows color in both cases.

0
Why can't I register on SuperUser without OpenID?
6
Lost reputation, but can't figure why
0
Why can't I create a superuser login? Why do I have to use a third party?
5
Why can't I login to superuser
4
Why can't I log in to superuser with lynx?
1
I've got a account in Superuser but I forgot email? Can I possible get it back?
1
Can I use the review queue in the Stack Exchange Android app?
3
Why can’t I edit this question but I can still edit others?
2
Can I get my day counted for the Fanatic Badge if i'm logged in from the android app