How to improve this answer?

Unfortunately the down voter did not leave any comments. Thanks!

PS. Note sure I'm should ask this question here since it's rather an open question

I wasn't the downvoter, but it seems like the key combination you suggest might not produce the correct character. When I tried it in the Windows 10 password prompt (which has a button to show the password as typed so far), I got ○, U+25CB WHITE CIRCLE, which is not the character the question author wanted. Many downvotes are because the voter believes the answer to be technically incorrect; that seems the most likely explanation to me here.

When setting a new account's password in the process of testing your answer, make sure to copy-paste the character from somewhere you can see it (not using a key combination into a hidden password field). Then try to log into that account using the key combination you propose. If login still works, you might try it under a different system code page. I'm not certain that the code page makes a difference, but it's worth a shot. Consider editing your answer with any interesting findings.

I was wondering how to improve my answer:

As I issued the downvote, perhaps I should have explained my reason, for the vote I issued. To be clear, I issued a downvote against the revision 8 of your answer, any other improvements you made to your answer I wasn't aware of. 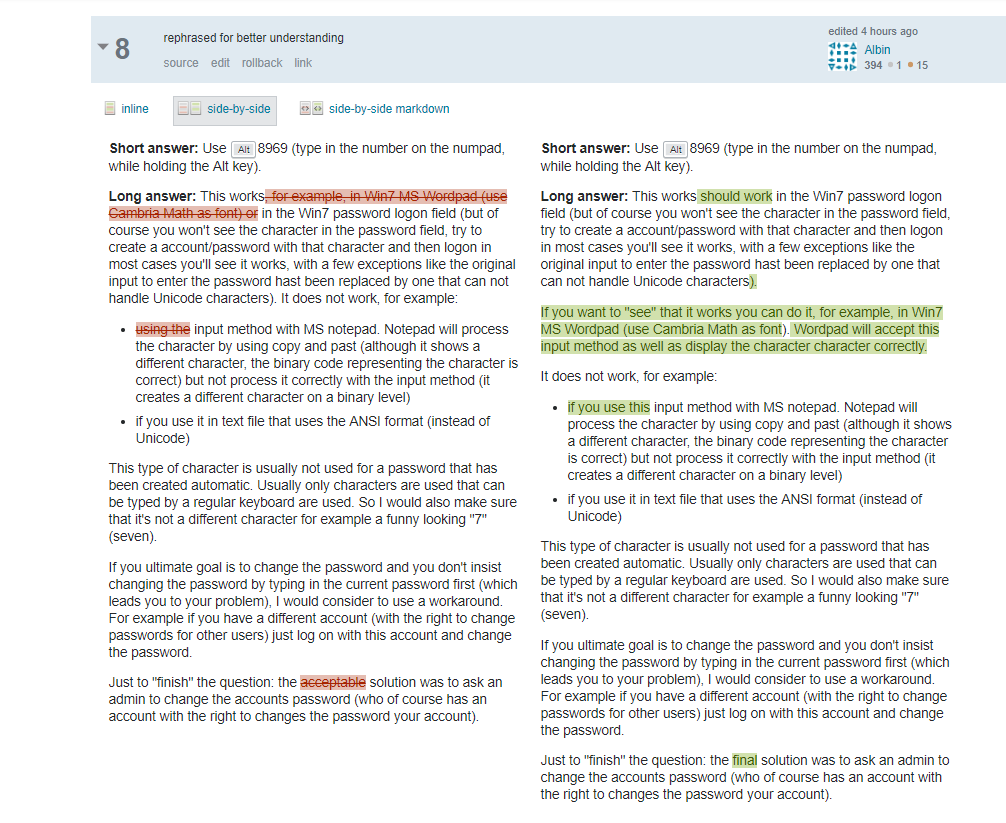 I then saw that within a very short amount of time the author submitted their own answer to their question.

So I am looking at two different answers at this point, and they both suggest a similar method, but entirely different character codes are suggested. So only one of those is actually the correct answer, and only one worked for the author, and so I went with the author's solution.

As to how to improve the question, even in its current revision, I would expect not only the correct character code to be suggested (in the context of the author), but an explanation and perhaps a resource to determine the character code for the font being used.

As for other reasons like "it is incorrect from a technical point of view", didn't really play a part, it was entirely based on the fact you suggested the incorrect character code to the author. The fact your answer was accepted does not play any factor in my determination when I try to put myself in the author's shoes and decide if I believe the question would be helpful to me.

When I am trying to determine if an answer is helpful, I attempt to determine if the answer, solves the author's question (first and foremost). I am not (personally) interested in what works for the person writing the answer (unless it's the same user who asked the question).

Unfortunately, the downvoter did not leave any comments.

You asked me not to interact with you, so I avoided leaving a comment, and hoped you would improve the answer on your own. Which brings me to an additional point, I actually downvoted the author's answer, instead of upvoting it. If the character code depends on the font being used, I would expect at the very least, to be told which font to use. So if I were to have the same problem, I could switch my system font to that font, and be able to input the password that contained that character into the password field.

It wouldn't be difficult to tell me which font, it appears it only requires a Unicode font, based on my own research. So based on the research I performed, it appears the answer that indicated that ALT+2309 while correct, actually requires even more steps to perform to actually use it. 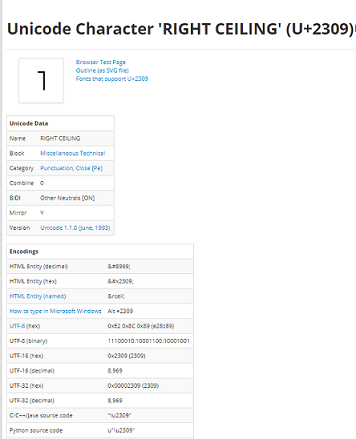 So I was wondering how to improve answer?

You already did improve it. When I issued the vote I believe it to be incorrect, having done additional research to write this answer, I determined the answer in its current form is correct.

I personally wouldn't waste my time asking for the reason you received a downvote. If you receive a downvote in the future, take it upon yourself, to improve the quality whatever you submitted. This also goes for asking the reason a flag or an edit proposal was declined, just accept the feedback that is provided (typically canned responses) the best you can and move on.

As for the reason, I am submitting this feedback, you asked nicely (by asking this question instead of submitting a comment) that the downvote is explained, so I am doing that exactly.

Not the answer you're looking for? Browse other questions tagged discussion answers .

4
My question was closed and I find it unfair.
3
Should I put this question on ServerFault or SuperUser?
3
Is it appropriate to ask for documentation to support someone's answer?
12
Why did my answer get deleted?