Are Easter Eggs on topic, or not?

I'm voting to close this question as off-topic because "You should only ask practical, answerable questions based on actual problems that you face." as per superuser.com/help/dont-ask. This question in no way represents a problem that you face. – DavidPostill♦ 35 mins ago

We will be reviewing that tag at some point I suspect - and the precise question you brought up as an example didn't originally have that tag.

As for the actual question that David closed - let's put it this way. -even you didn't link it . I took a look, decided it was manifestly unsuitable for the site and was likely an extremely juvenile joke.

Consider that and this meta question, and one's ability to assume good intent gets seriously stretched.

It's deleted. Let's keep in mind that that question crossed the line and you seem aware of it. Let's not compare it with other questions since this had it's own problems

Just because there are questions, that are being kept for historical reasons, does not mean juvenile joke versions should be allowed. Every question should be judged on its own merits.

The protected question is hardly an example of a question we actually want. It has 16 answers, all were deleted, due to them being comments. As for What are “Super Cow Powers” and why doesn't my aptitude have them?, the tag in question was added, minutes before this question was submitted.

What are you talking about @Ramhound and why are you making this about me, or my question?

My comment had absolutely nothing to do with you. However, you did describe an event and I thought everyone who reads this question, needed to have the context surrounding the comment you quoted.

I am not going to draw more attention to the reason this question was asked than necessary, but the question that was locked by a moderator was partially closed, due to the comment indicating it was not within scope here at Superuser.

Consider this answer an easter-egg found nowhere else on SU. Your reaction to which suggests and implies more about you personally than it does about me or anyone else. For christmas sake, take it in good spirit.

I believe downvotes hurt feelings more than anything else.

Let's be honest. The "algorithm" doesn't need downvotes and it never did. Downvotes are not a bump down, it's a shoe slap attempt at trying to kill whatever the high-rep community doesn't approve of, ultimately labeling would-have-been-good-questions as pests no new visitor to the network is going to go near. A clique-style way of isolating unwanted behaviour and pruning into being only the awkward breed of nerd fluff we've seen time and time again on forums like xda, cnet and infoworld.

This is that un-swallowable throat lump and eventual cancer everyone here is too ashamed to admit.

Do you know how hard it is to craft downvote attracting content in near-perfect english? Impeccably hard, especially for a non-native of the language. Just as difficult as getting upvotes, actually.

It's alarming that unlike scientific communities, curiosities get blatantly discouraged here unless technically expressed, and that too in a manner a regular of the community would express it. It's as if everyone pretends to be a foreigner to the concept of "What is this?" seen for the very first time. As if Google is a panacea and a norm. As if readily available food means the world will not die of hunger.

SU is a dinner table for computer geeks, but one that ultimately pretends to be an art gallery for those who make the cut. Inwardly, this system is a mess that convolutes the minds of even the moderators who try to enforce the set standards here. This is all purely opinion of a devalued community member, so absolute biased remarks here. I'm striking all this out to avoid not only unwanted quarrel but also, undesired downvotes. As if anyone desires any down-pointing-arrows next to words attributed to their name, amirite.

Easter eggs are supposed to be on topic.

It is reasonable to assume that the intended audience for easter-eggs are infact power users as opposed to shallow users of the application, service or what-be-it. With that in mind, SU supports questions regarding potential easter eggs in applications, as you can see almost all Google easter eggs have been discussed in this community and webapps is actually less active on this front. In the side of coding, SO is happy to uncover suprises and hidden things but in cases where the easter egg could be a slightly intricate hidden feature, it would be best to ask here on SU. 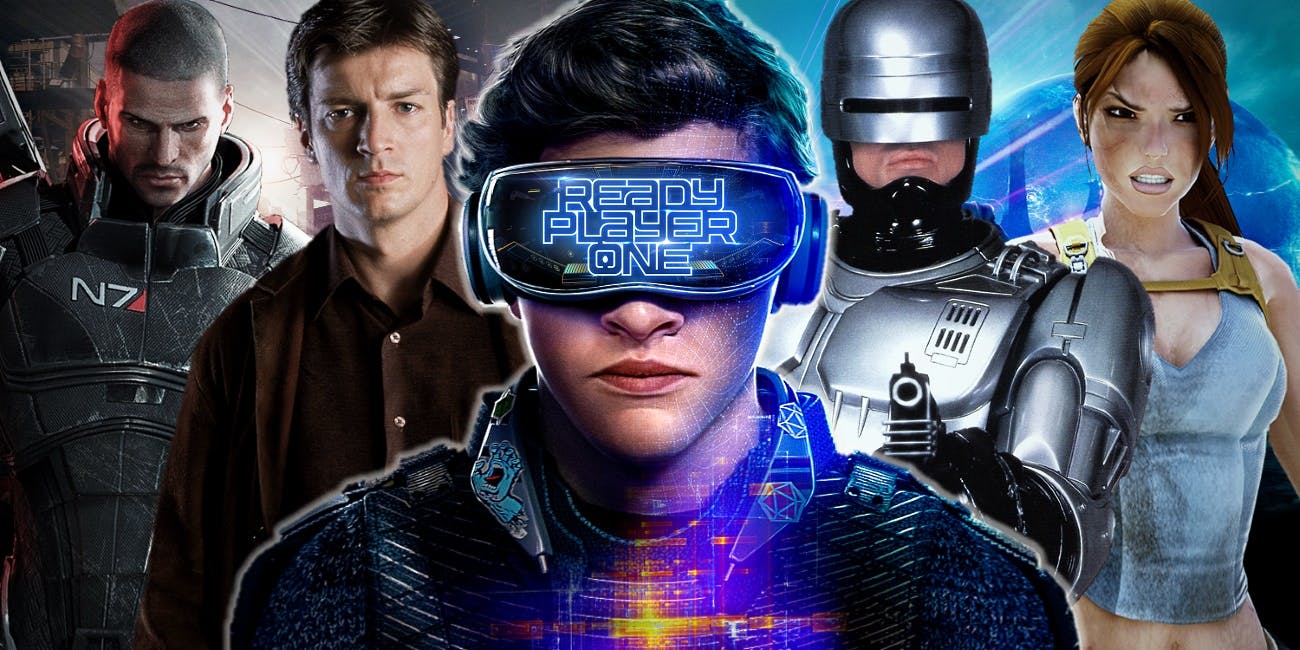 With this said, to address all easter-eggs is not in the core intent of this community and some tags will be treated with less importance than others. Almost all SE sites have frivolity tags that carry much less weight and probably less number of questions compared to other tags, those like recreation, soft-question, the notorious and now deprecated homework, and now you mention, yes, easter-eggs. There will never exist a community solely embracing Ready Player One culture to unlock all easter eggs. That's less bias and more fact. Area 51 has probably already tried for this to no avail.

Eventually all communities devolve into sticklers, and pessimism has nothing to do with it. It's to do purely with the political nature of authoritarian regimes, sometimes not visible [in the form of] individuals or even sets of individuals but [can be seen] as an unwittingly enforced "acquired" taste by [usually non-reciprocating] decision makers and label setters; one-sided participants most of them.

Clarity of question is the opposite of burden.

By asking to clarify, we reduce the fill in the blank burden for future visitors of that question and more often than not, more clearly help in the specific problem scenario encountered by the OP. 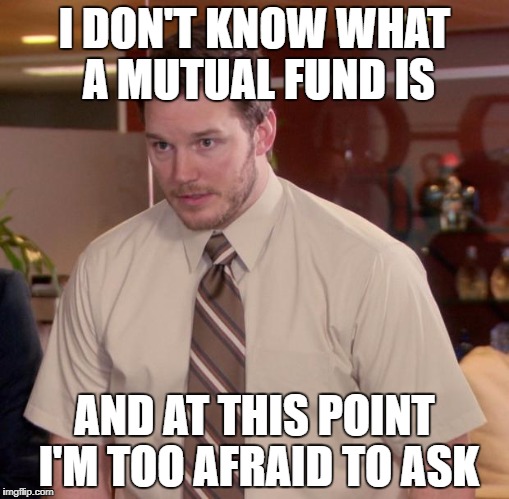 Contrary to popular IT-lore, not everything is fixed in reboots, driver updates and re-installations. Sometimes, the solutions required may be unknown to the manufacturers themselves. Proper description of circumstance and of the problem itself will be helpful not only in getting you a good answer but also in the future problem solving/troubleshooting attempted by other site visitors/superusers. Every detail matters.

Just consider that the humans here are not as advanced as the A.I. these days to pick on even the most seemingly genuine and easy to figure out intents. We will pretend to be oblivious like swarms of side-character fish in Finding Dory. Be clear on your intent. Guessing games wither quickly for silicon-fused brains. The more effort we see you've put in, the more likelier someone is going to help and help well.

Welcome to Whose Line, where the points don't matter anyway!

Never feel disheartened by any moderator's dressed-up but more-than-obvious personal attack citing your "incredible" sources [this is a hypothetical not intending anyone actually besides what OP felt on the inside], nor be phased by that binary goodness meter that makes the world go round in these here neck of the interwebs. In the real world, none of this actually matters. Even if some nosey life-thwart-intenders does a background check on you and uncover a slew of unprofessional rambling on, say, SU meta [even going as far as to cite this post exactly], it should not matter. If it does, you were in bad company any way. Suck in the gut wrenching nausea and keep pushing through. Life is long. Make it a good one. Life is a one-time offer. Make it count for something. 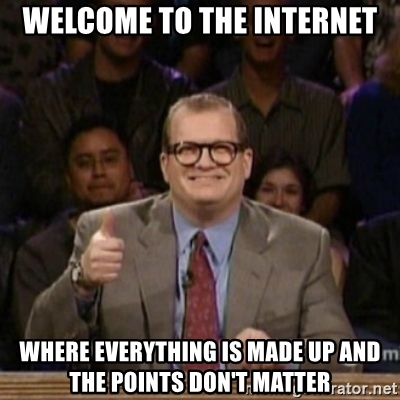 Is this answer on-topic? I'd say it's on-topic enough. Just barely.

Infact, this is not the preferred answer style on any SE network site. I just felt this was the right place for this considering the topic (and down pointing arrows affiliated to said topic).

We are better than Quora, Brainly and such because we are a professional network of Q&A for serious people with serious questions. While that may not always be the case, like a movie channel on TV (totally irreleavent analogy against the backdrop of this site), we have [let's be fun and say many] moments of odd and unconventional questioning and question answering. And to a limit, such is entertained under the very broad and general in-the-spirit-of-all-that-is-good convention we humans tend to find in almost every massive social group centered around unlocking the full utility of technology and the advancement of human endeavors.

TL;DR: Easter eggs are good but not everyone likes the tag. So, be sparing and considerate in its usage to keep the perceivable community happy with you. Also, have fun and don't offend black people by asking them to lighten up. Skin bleaching is still a sensitive problem in central Africa. Am I joking? I don't know.

***tl;dr;tldr; *** Don't worry. I'll absorb the bad juju here. You rest knowing some people actually like discussing easter-eggs here. As obvious, somewhat differently than any possible where else in this universe.

See how this attracts highly opinionated responses. Now, you know :)

I think we should lighten up.

If it's otherwise on topic, we should allow it. We should not force people asking a question to clear the burden of "practical". And, an "actual problems that you face" can be anything that you want an answer to pertaining to the subject matter. How do you differentiate between

14
Pick an easter egg for chat.superuser!
3
Are questions about TVs off topic?
1
Are tool requests on topic?
0
Tagged Topics Are Off Topic?
13
Are diagnostics/troubleshooting issues on-topic and not too localized?
8
Are VoIP questions off topic?
7
Are documentation requests on-topic?
11
Are test questions off-topic?