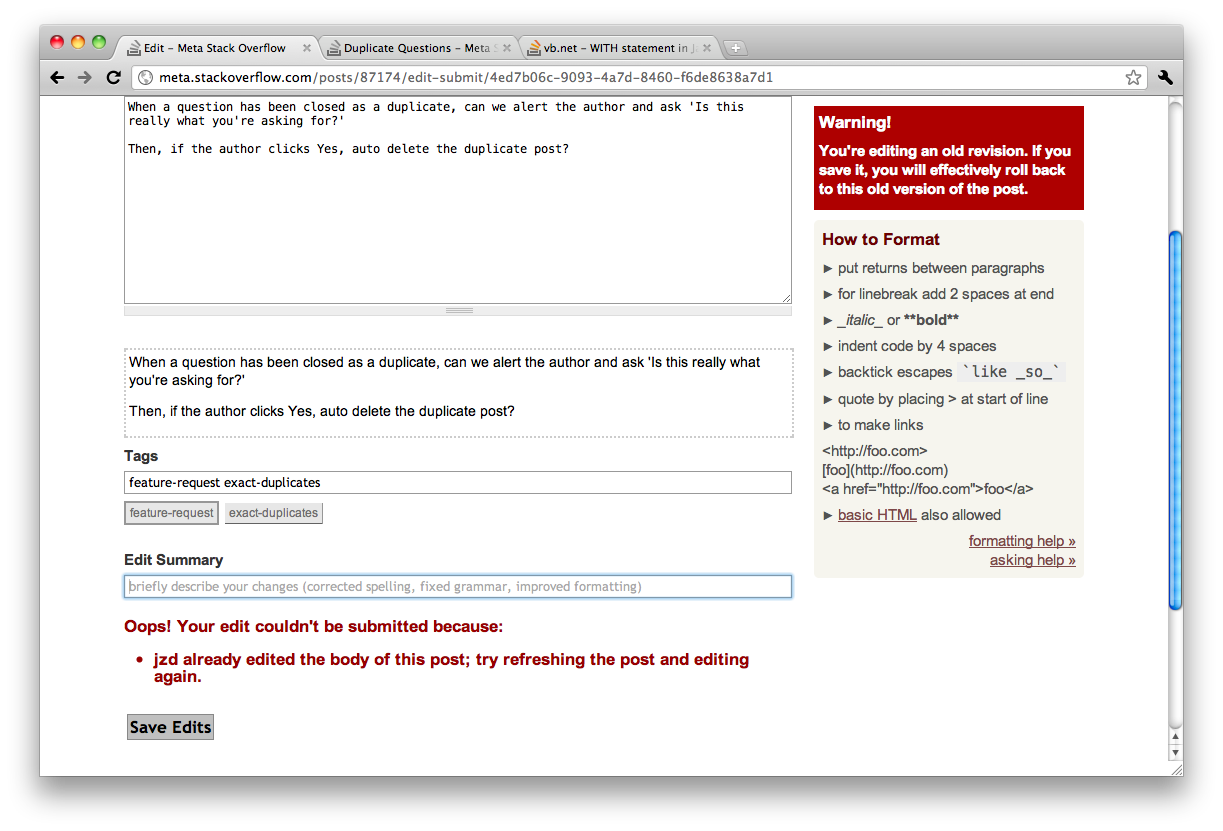 10
Incorporating more information from comments while editing
17
Should non-substantial edits be approved or rejected?
1
Why are edits sometimes declined by Community, yet a similar edit shows up as accepted?
7
Editing answers to closed questions?
12
TrickleEdit: Queuing edits to prevent flooding
3
Is it okay to point readers to the edit history of an answer for old, (mostly) out-of-date information?