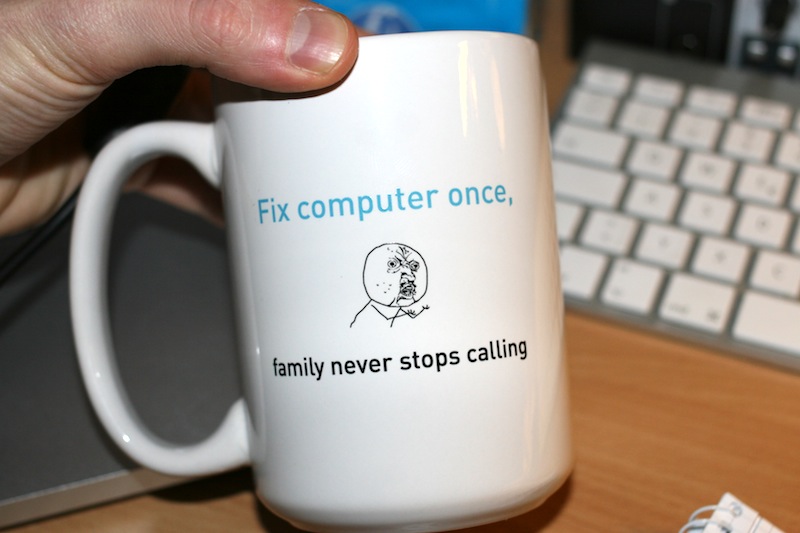 This week, slhck (pictured) and me received our SU anniversary contest prizes.

I really like most of the stuff I got. But the Super User mug design sucks. 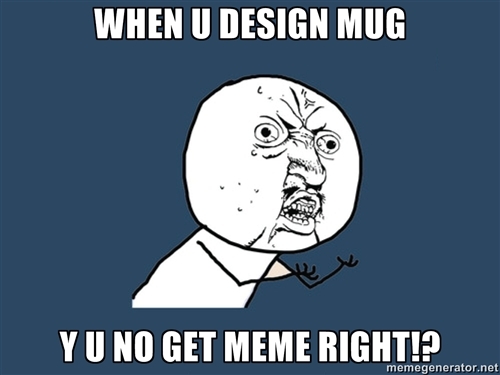 To be honest, I'd have preferred a mug with just the Super User logo on the front (not shown), and nothing else on it, to this.

Maybe next time the proposed swag art should be voted on here on meta, so that issues like this can be worked out before the swag arrives?

Or a shortened version (I think "them both" is more awkward than "both of them", but it saves three more character spaces)

The confluence of thousands of problems and millions of solutions: Some things are worth staying in your mother's basement for!