Suggestion for a system to vote on edits

Edits on Super User are very important, it gives sense to many questions and answers here and I think it deserves a good stimulus (such as "Editor" and "Copy Editor" badges), but in my humble opinion it also deserves a counterpart. I mean, if you made a bad edit, you should be "penalized" and receive feedback from moderators and the community to help you improve your edits.

Most edits are good, most of them are useless and some just scratch question/answer sense. My suggestion is a system that, similar to how questions/answers can receive up or down votes, lets users vote on edits.

I'm not speaking about giving reputation to edits, but there could be, for example, another Gold/Silver/Bronze badge for +500/+200/+15 "upvotes" on edits. Each edit "upvote" would sum up to have users reach the badge – and each edit "downvote" would decrease this sum.

This is just an idea that I would like to discuss and to make people think about, feel free to edit/improve anything here.

PS: I already made a lot of "bad" edits but nowadays I have acquired experience to improve my edits just like I got experience in writing better answers and questions than maybe one year ago – this all was stimulated by the reputation system. What I'm thinking here is to provide to new users a way to encourage good edits and, in consequence, better answers and questions on Super User.

First of all: I generally like the idea of being able to give some kind of feedback to edits, even if the editors themselves already have enough reputation to edit without needing peer review. Feedback is always good since it helps you along your path.

And as you said, you acknowledged that you've made some rather weak edits yourself, but if you learned from that and could improve, that's probably the best outcome.

That being said, I see one flaw with the proposed system: If voting on edits doesn't involve reputation, then a downvote on an edit doesn't really matter to the editor. They'll just continue – because maybe they wouldn't even notice one of their edits was downvoted.

Similarly, if upvoting an edit does not give reputation, then I doubt a lot of people would edit just for the sake of getting one badge. At least I don't think users care that much about badges (although I could be wrong there).

Regardless, I don't see the big problem in encouraging good edits, actually. What we should rather think about is being more active in discouraging bad edits. Although we do trust users who have reached 2k to edit as much as they want, there are obviously some users who have never edited before or generally have no idea what they're doing. 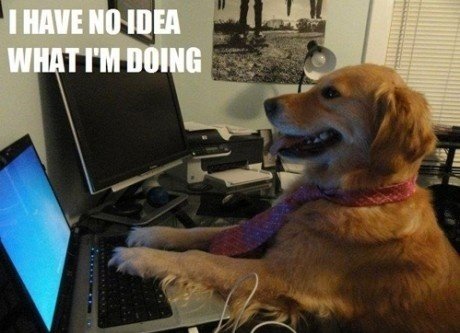 So, I edit rather often, and I haven't had any complaints, but I haven't really had a lot of good feedback either. So I would really encourage all users with editing privileges to watch out for bad edits and in case they spot one, roll it back. Not only that, but leave the editor a notice with @username, and then improve the post yourself, if needed.

But.. what is a bad edit in a system where there's no peer review anymore (i.e. for users >2k)?

Of course, everyone's standards are different. But there clearly are situations when some users should probably have their editing privileges removed, at least temporarily. Just like the suspension users under 2k reputation get when too many of their edits are rejected.*

To summarize—and I know I'm rambling a bit—it would be great if we could become a little more consistent with our editing standards, clearly identify bad edits, and bring them to community and moderator attention. Mind you, I'm strictly talking about >2k users here.

* … which doesn't stop them from making crappy edits in the first place, since they're never notified about rejections.

Not the answer you're looking for? Browse other questions tagged discussion feature-request editing badges .

0
Is there a way to send a hint to someone who suggest lots of edits?

6
889 edits, yet no Copy Editor badge
6
More badges or even reputation for encourage votes.
16
Should non-substantial edits be approved or rejected?
40
Do we care about edit flooding? Should we be doing anything?
9
How to get the "Peer Pressure" badge
2
System should teach users more by asking questions and showing FAQs
34
Why are there no notifications for edits after I cast a downvote on it?
12
TrickleEdit: Queuing edits to prevent flooding