Why were my suggested edits rejected?

I have recently tried to engage a high rep superuser user in an attempt to clarify some shortcomings in his/her answer. After there was no attempt to make the answer complete by adding the information from comments into the answer, I suggested an edit to do so myself.

This was rejected, for rather confusing reasons by two 2k users. Since I didn't believe that my suggestion either "defaces the post" or was an "attempt to reply to or comment" I suggested it again.

This time it was rejected by a moderator, so I took the hint. Even so I am confused by the "This edit introduces spam, defaces the post in some way, or is otherwise inappropriate." rejection, and I am at a loss to understand why.

Without the information from the comment, the answer falls substantially short of the sort of self contained answer I have come to expect on other stack exchange sites. Indeed the answer relies almost entirely on the reader not only reading the linked-to web page but reading right to the end to find the brief mention about how to prevent the resulting VM bluescreening. This lack of substantial information was why I gave up some of my own rep to put a bounty on this question in the first place.

I am confused that people would think that I was trying to deface the answer when I was obviously trying to improve it, allowing the comments to be tidied up (deleted) so as to not distract from the answer. I had already edited my own answer to include this information too, but having such information scattered around the page is never a good option.

Does SuperUser have a less tolerant attitude to suggested edits than I have come across on other stack exchange sites? Was I wrong to suggest this edit? Are SuperUser users less comfortable with the idea of ... contributions being collaboratively edited?

I would really like to understand why an edit which I believe substantially improves an answer with respect to the actual question that was asked would be rejected.

I'm pretty sure this is why your edit was rejected: 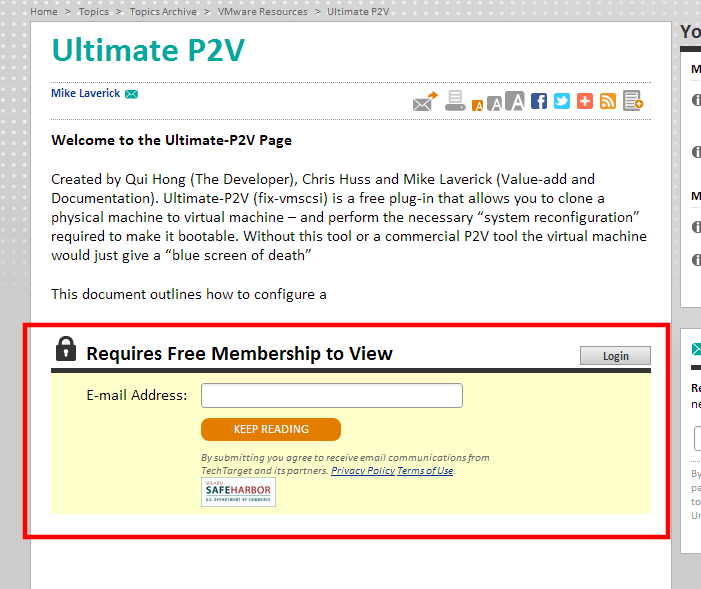 To explain a little further, I was confused that This edit introduces spam, defaces the post in some way, or is otherwise inappropriate. was chosen twice for the rejection reason. This reason is usually only picked when actual spam (or something that looks like spam) is introduced to the post or it is otherwise defaced.

Your edit did not look spammy. At best, I considered it an unnecessary addition to the post where the benefit is debatable but it definitely didn't look like spam.

From my personal point of view, I would have skipped that suggestion. It seemed hard to judge and I didn't realize the problem could be behind the link.

In general, I don't think Super User is less welcoming regarding suggested edits than other SE communities. Hopefully, after this misunderstanding, you'll agree.

Did you include a detailed explanation of your edit? In the suggested edit review queue, you can't see the comments on a post. Someone reviewing your proposed change is basically doing it in a vacuum; your "obvious" attempt to improve the post may not be so obvious.

0
Suggested Edits Rejected
13
Suggested edits - adding additional solutions
8
Edit to correct a basic path syntax error in an answer rejected - why?
18
Should I perform a duck test when reviewing suggested edits?
18
Why was my "not an answer" flag rejected?
1
Useful tag edits rejected
2
Please offer guidance as to why this edit was rejected