I've been reviewing close votes and found this question (let's call it Question 1): 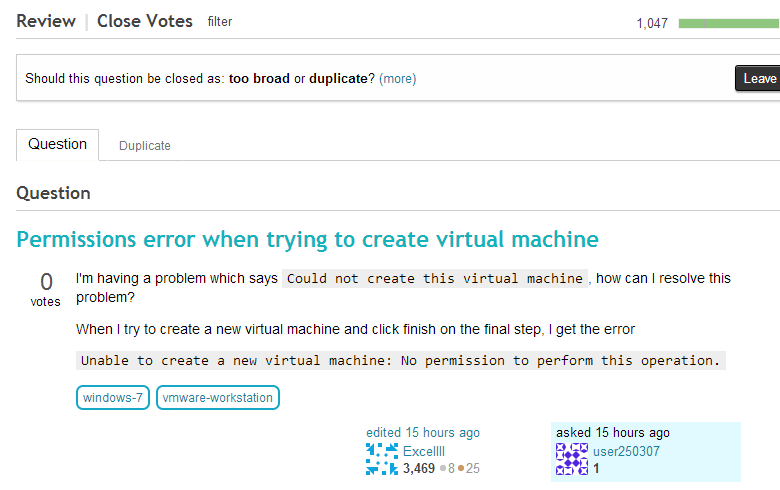 But its proposed duplicate (Question 2) is already marked as a duplicate of Question 1.

Still, I've been able to select Question 2 as a duplicate and click Vote to Close. That's when the circular duplicate has been detected and prevented. 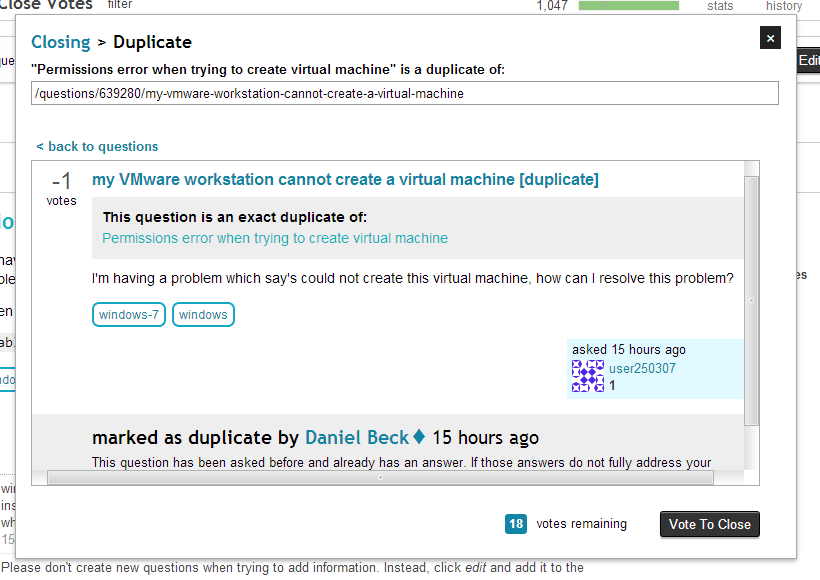 I guess what happened here was:

Note that Q2's doesn't need to be closed by a moderator, same thing happens when first close vote for Q2 is cast after Q1's first one, but more users vote for Q2.

The system worked at last, but it's not intuitive. I think that when Q2 has been marked as a duplicate, it should be immediately removed from Q1's proposed duplicates. This could prevent some confusion among reviewers.

12
See possible duplicates in question
8
For questions put On Hold, why is "on-hold" included in the URL of the question's title?
1
I can't change my vote to close, bug?
26
Should reviews limit be increased?
8
Review completed by one person in First Posts queue?
17
Should we bother closing old questions?
0
Is the close vote on my question regarding hugo justified?