Is "It's impossible" a valid answer, or is it a comment? 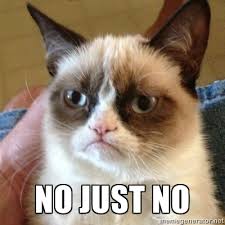 6
Is this kind of "non-answer" appropriate?

11
Is "Y" really a valid answer to "I want X, and tried to do Y, but it doesn't work"?
8
Request to reopen the Autostereogram question
9
Question FAQ doesn't cover a way how to handle a reopen request the best way
1
Why try to answer if you're unfamiliar with the question?
1
Recognition of answer quality?
3
How to handle low-quality software recommendation answers?
2
Understands why question got closed, still not sure how to rephrase
21
User tries to do something forbidden by license. Is explaining why it's illegal an answer?
9
Is rep increased if a downvoted answer is deleted?