How is this question classed as 'an answer'?

I recently flagged this question as 'not an answer', but it has been disputed. 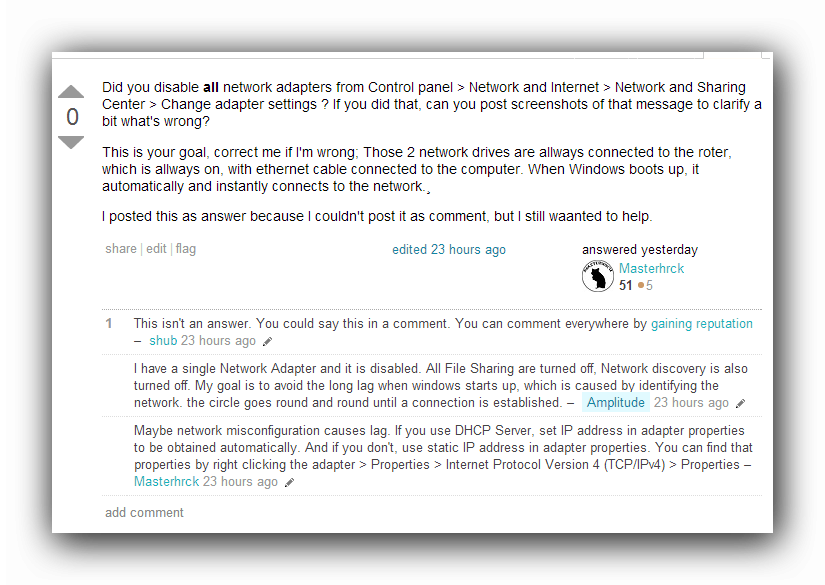 I understand that this is a user who wants to help (as said in their last line), but I don't understand the reason it is 'an answer'...?

Now, he has enough rep to put this 'answer' in a comment...

Could anyone tell me what classifies this as 'an answer'? So I don't flag real 'answers' again.

This flag was not handled by a member of the moderation team but was dismissed as a result of passing through the Low Quality review queue. I believe this happens simultaneously to your flag being presented to moderators but it appears that the review was completed before a moderator saw your flag.

At the time you flagged the item the user was below the threshold for posting comments but they have the power now. I would generally try to show a bit of leniency with this kind of post and give it some time, with an expectation that it is soon to be edited into an answer. In this case that has not happened so it is most certainly flag-fodder.

Please do continue to flag answers like this. If they are simply asking for clarification and providing no possible solution then they are, as you point out, a comment rather than an answer.

For future reference if a flag is marked as "disputed" then it was declined with the involvement of normal community members, if it is "declined" then a moderator was involved.

19
When is an answer eligible to be flagged as "not an answer"? What to do?
4
What do you do if you feel a question was closed... But for the wrong reason?
3
"Not an answer" flag declined on answer that merely "clarifies" another answer
1
Was my "not an answer flag" for this answer not warranted?
1
Disputed "not an answer" flag for question 689439
6
Very low quality flag rejected for link only answer
5
What should I do about a low quality answer that's helpful?
7
A "not relevant" flag on a comment suggesting a question improvement where the improvement was rolled into the question was declined. Why?
13
Why won't moderator let me delete my question?