Is a bittorrent question relevant to superuser.com?

I put up a question which got flagged as being off-topic with it being suggested to edit the question and putting it on superuser.com but before doing that, asking here. Could somebody look at it and tell whether it's on-topic or off-topic to the site.

Also if not, give recommendations where the question might be considered on-topic. 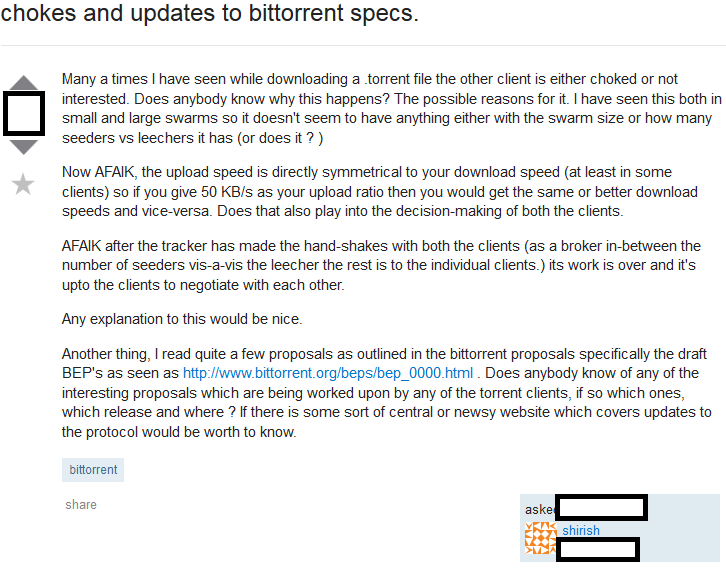 Asking the questions of the first few paragraphs should be OK. As for asking which client programs, what release and where they're released, would be off topic as it would be an ever-changing even, and turn into a list based question (which is off topic).

I'd suggest a couple things first:

22
Update the FAQ to disallow any product recommendation questions
2
Why offtopic and if truly offtopic then where to ask it? http://superuser.com/questions/610759
14
Are questions about wallpaper images on topic here?
5
Why was my network synchronization question closed as offtopic?
11
How is my edit not considered an improvement?
2
Is there any way to deter this determined guy?
2
How do I get feedback as to why my question was flagged and closed?