I opened up the SU 'First Posts' review queue just now and was presented with a nicely detailed answer to this question, about whether hibernation would damage RAM. The quirk was, the ID of the answerer was not shown: 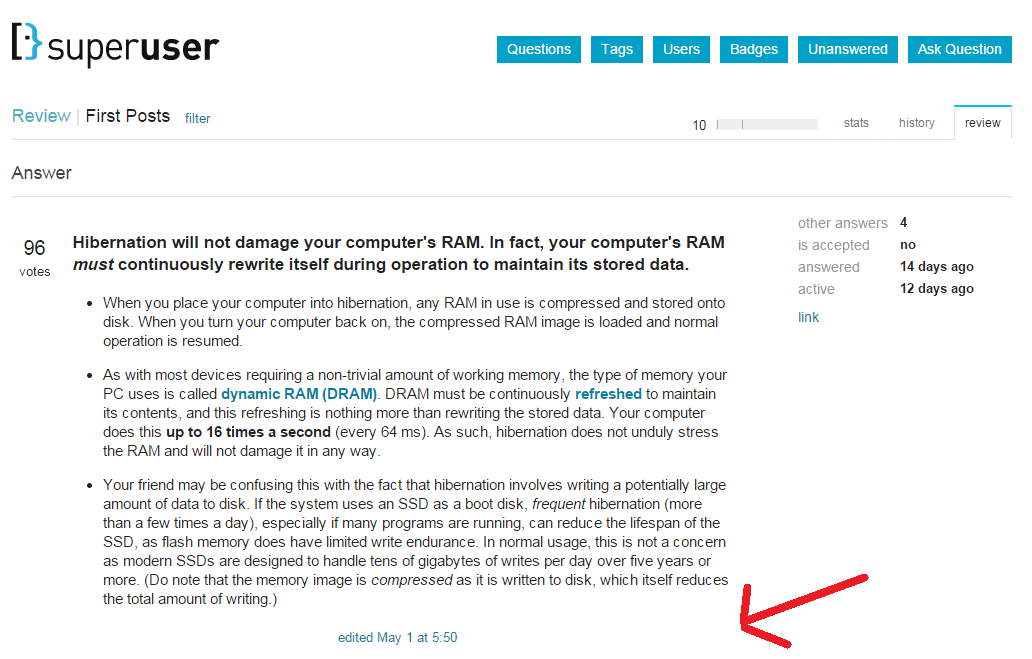 Thinking that was strange, I opened a new tab to look at the original post and found that the answer was by DragonLord, an extremely accomplished SU member. So, back on the review tab, I clicked 'Flag' and selected 'in need of moderator attention', with a message something like "this appears to be a bug in the review queue," trying to indicate that something appeared to have gone wrong, since the answer was not someone's first post.

I was terrifically ... put out, shall we say ... when the 'failed audit' message appeared, since I was most emphatically not trying to indicate any problems with the content of the answer.

Frankly, I don't think this is a case of "I failed the test" -- I think it's a case of "I saw through the test and thought the dang site was broken." Implementation of some sort of 'dispute audit failure' feature, or another post-audit human interaction, would be greatly appreciated. Also, I would appreciate this specious 'failed audit' being struck from my record, if that's possible.

Don't worry about one or two failed audits. As previous questions and answers have stated, they worked on you - You took a moment to check that the post is actually OK. You're not a robo-reviewer just accepting every post that comes though.

5
Review Test error
10
Should clicking the "Close" button in a review audit, where closing the question is not appropriate, cause an *immediate* failure of the audit?
2
Disagreeing with a failed review audit
7
Audit failed for wanting to recommend deletion to an answer that reads like a joke solution
22
Did I create, then fail my own review audit?
12
Why is this audit spam?