Question marked as duplicate is not a duplicate and the original question is deleted. Can someone review?

So while looking at this recent question:

There is an existing question that seems quite similar; however, it was marked as a duplicate of a question that no longer appears to exist, so there is no longer an answer to that question.

Okay, so that sounded weird. Since the screenshots below will make this hard to read, here is the long and short of it:

The worst error both questions suffered from were formatting quirks and typos in IP addresses like 192.168.1 instead of 192.168.1.1. And perhaps those IP address lists looked the same which caused inadvertent flagging of “dupe.” But that’s it.

Can someone with more power than me please review these two questions? Maybe they aren’t great, but they don’t seem invalid. Screenshots and links below.

Marked as a duplicate question.

This is the question that was marked as a dupe: 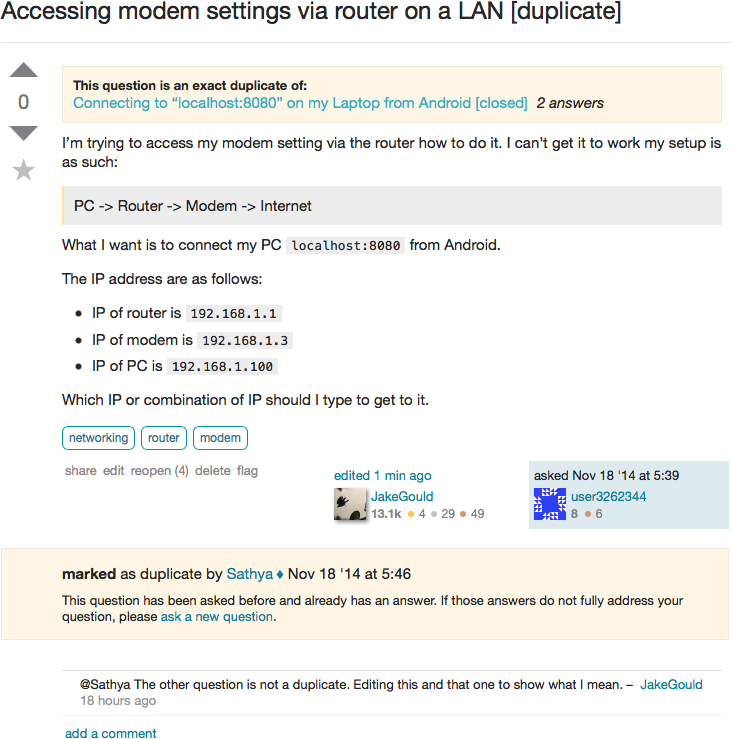 This is the supposed original which the later was a dupe of: 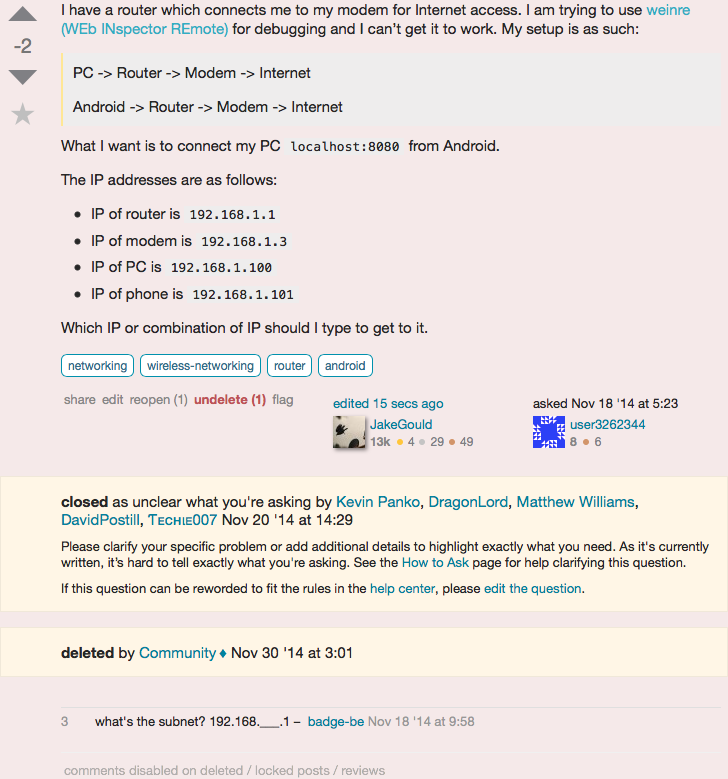 2
My question was closed as exact duplicate, but instead was exactly the opposite
4
Shouldn't the same post posted twice be deleted?
1
Why is my clearly-worded, on-topic Windows-10 configuration-related question being downvoted and marked for closure?
2
Electrostatic Discharge got deleted and reputation from the answers disappeared
2
Failing Review Audit because I added a comment that it was a duplicate post
2
Someone else's legit question deleted