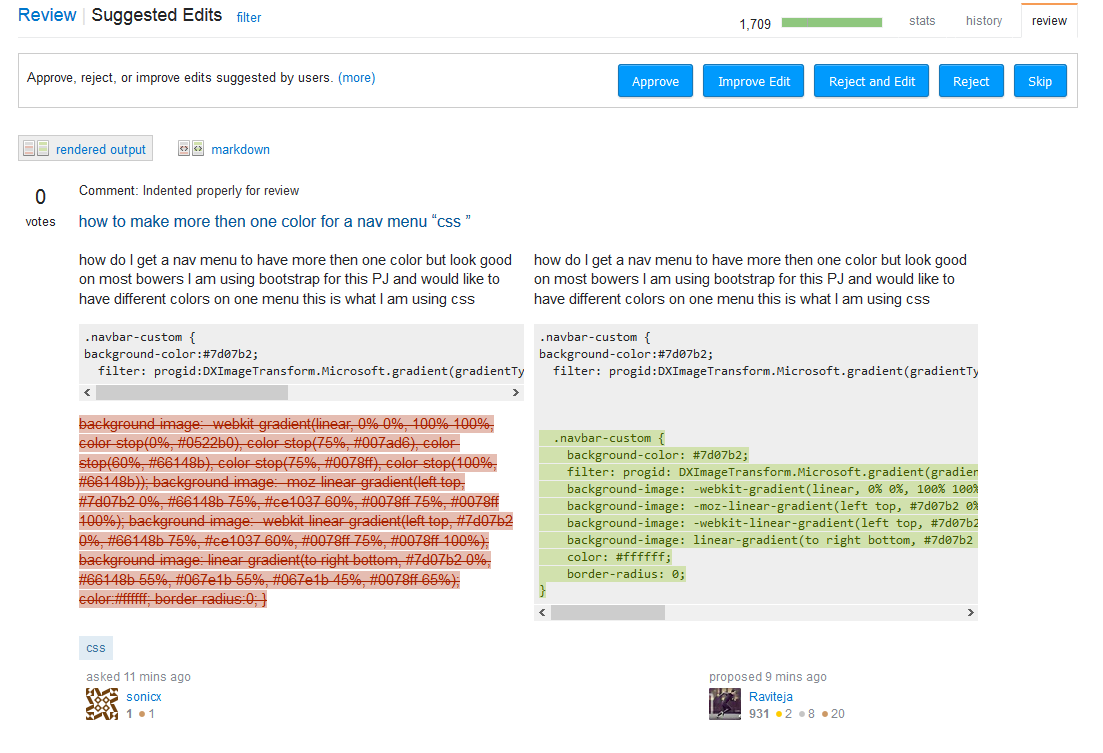 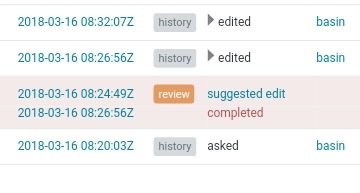 2
Make reviewers explain why they accept a suggested edit
9
Why were my suggested edits rejected?
0
Suggested Edits Rejected
1
Fixing misclick in "Suggested edit" queue
9
How to answer NO to "Edits must be at least 6 characters; is there something else to improve in this post?"
18
Should I perform a duck test when reviewing suggested edits?