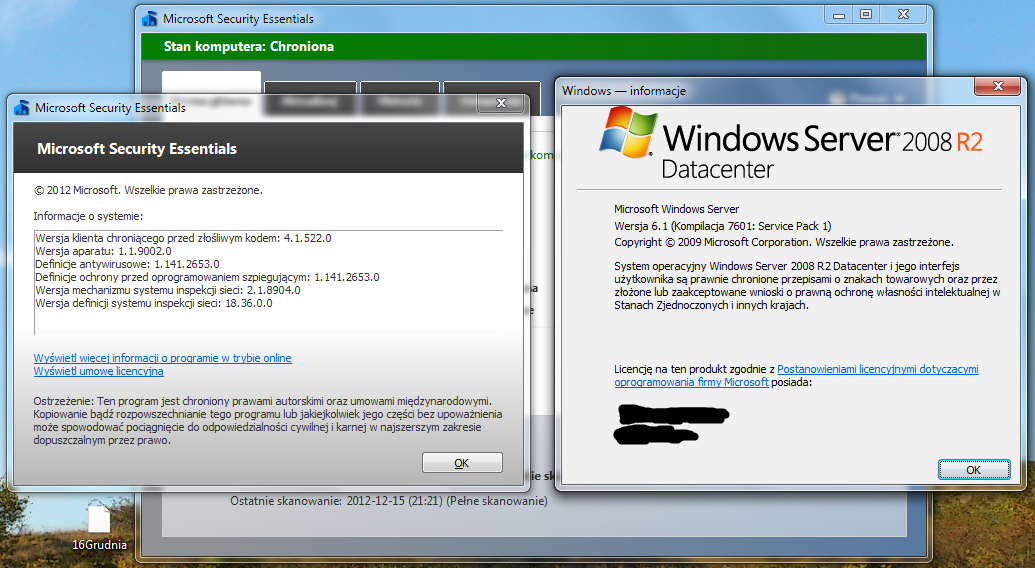 while it does throw up an error on Server 2012 (sorry, no screenshot for now).

Clarify your question with details on those failures and make it more generic.

I voted to close that question because of the following:

A question is considered to be a duplicate of another question if it has the same answer. The accepted answer to Does Microsoft Security Essentials work with Windows Server 2003 R2 SP2? indicates that MSE won't work on any server version, and surely enough, Microsft itself says here:

I for once did not know that things had changed. I even followed the link to Microsoft's web site to verify the claim from the accepted answer.

I do now and cast the fifth and final reopen vote.

Not the answer you're looking for? Browse other questions tagged discussion specific-question reopen-request .