Currently, the following answer is featured on the Super User about page: 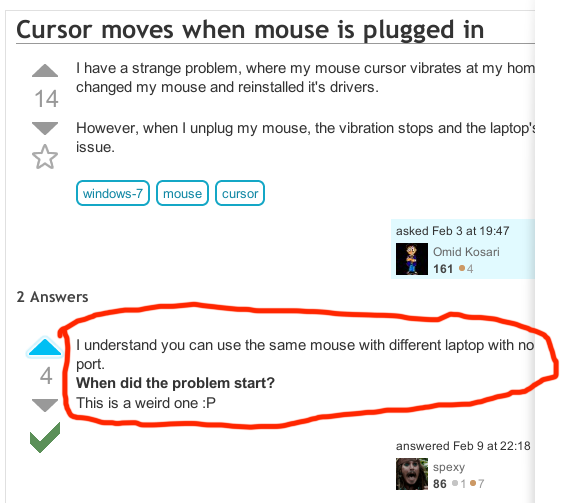 Also, I'm probably being nitpicky on this one, but later on the about page, I saw this comment featured (Notice the bad grammar):

I don't frequent SU (I'm usually on SO), so maybe I'm missing something, but I think better examples could be chosen.

Would the SU mods consider manually picking one of the best questions here to put on the about page to help new users better understand the site?

5
The example question on the tour is about unicorns

19
Add a 'No Caps Lock' message/hint/check on the website
5
The example question on the tour is about unicorns
2
A user keeps criticizing all my answers - some taughts about downvotes
3
Did the review process trick me?
5
What happens to my offered rep if no bounty is awarded because no answer exist?
2
My answer was deleted: why, and what should I do now?
17
Do we need better definitions for off-topic questions in the help center?
1
Whats the Context on questions about HTML/JS/CSS