I noticed this today when looking at badges.

Obviously these accounts will probably be nuked by some type of spam script, but for now it's mildly annoying that I can't celebrate others' accomplishments. 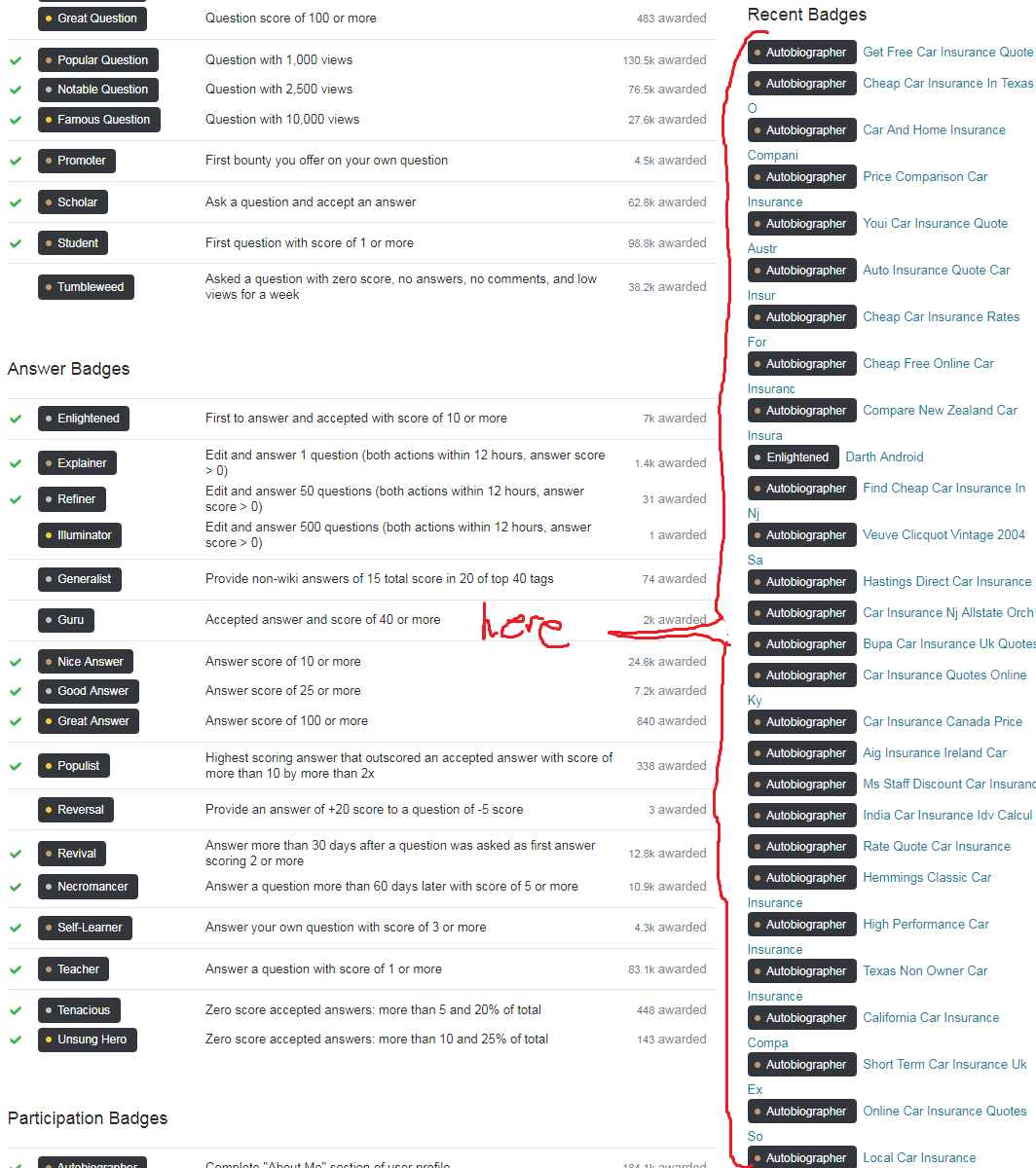 I asked about this on main meta, since I feel this is a broad, network wide issue, and I came across this entirely by accident.

This... has been going on a while, and our spammers are actually seemingly adapting to be less visible. I can't find the exact question but stuff like not allowing links in profiles is aimed at making the site less attractive to spammers.

While I asked for a way to delete these accounts - there's far too many to clear out manually, there's a few good ideas suggested to actually prevent them from being able to do this at all. There's also a reasonable awareness that this is a problem so...

While we can't do anything directly - its about 3-4 clicks an account deletion and there's rate limits, we've reached out to folks who can do something, both via meta and via other sources.

No promises but we're doing our best to pass this up the chain and suggest ways to deal with it.

2
Has anyone seen a reputation jitter on Superuser lately?
5
Request: make spam flagging more descriptive (optional)
25
I want to check a best answer for the post I did before as a guest at Stack Exchange
7
Zero Question Tags (Zombie Tags)
6
Announcer Badge Question
10
Do spammers get their public IP addresses blocked ever for login or account creation purposes?
13
Serial keys hidden in HTML comments - what to do?
7
Korean characters not allowed