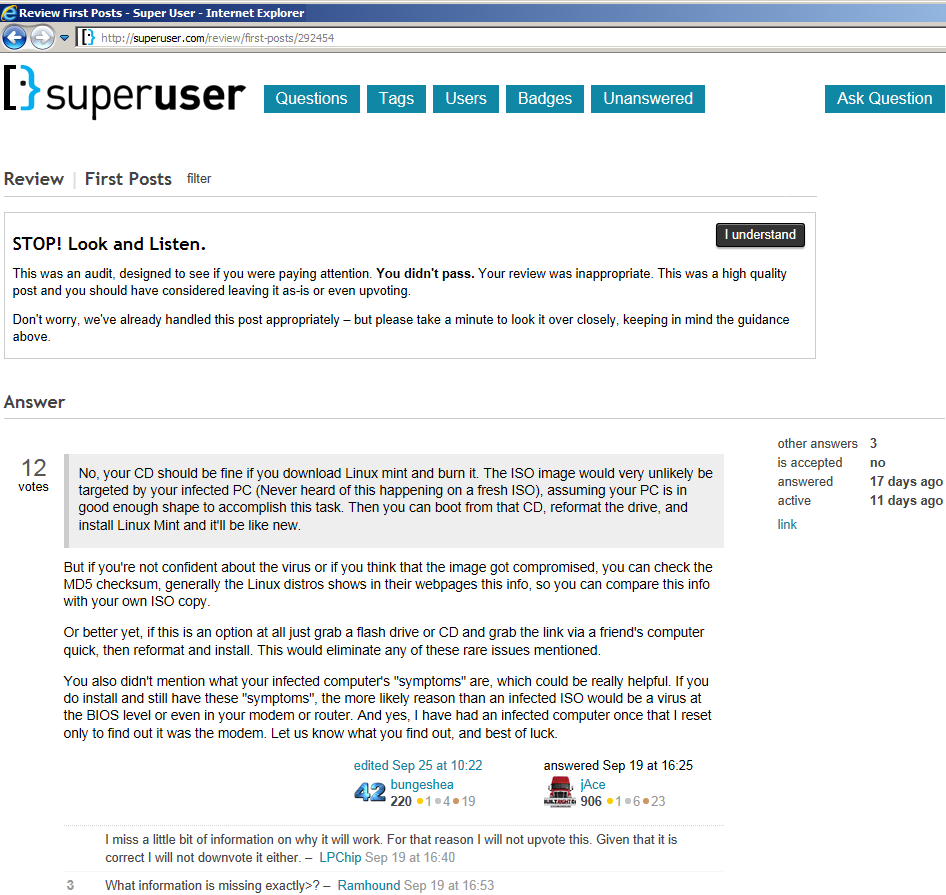 0
Help with Audits
30
Too many upvotes for poor quality answers
27
Design flaw in the review audit system
3
Did the review process trick me?

4
Failed a few tests recently for reasons that fail
2
Failing Review Audit because I added a comment that it was a duplicate post
27
Strange audit result
7
Does this constitute a high quality question? From review audit