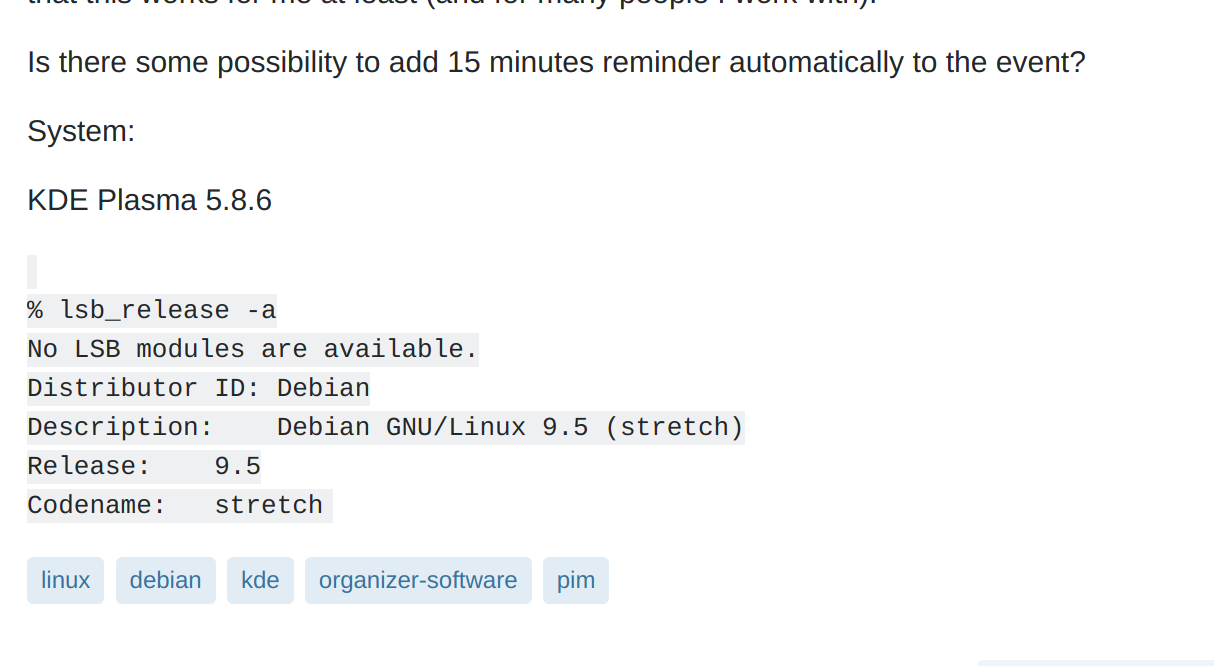 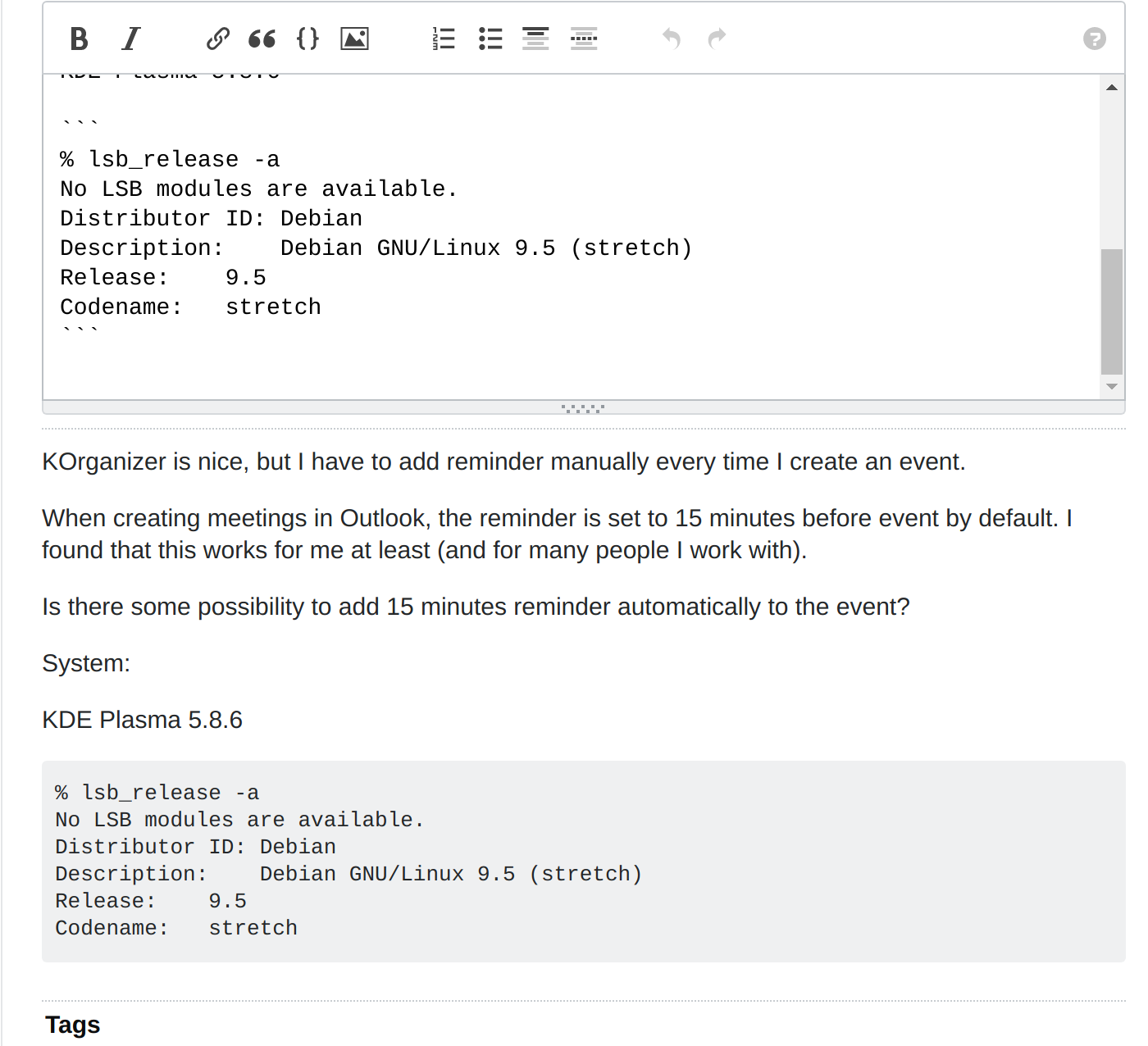 8
Why is code highlighted in preview, but not in the actual post?
7
Differences between plain-text diff and formatted diff
2
Cannot edit a question. URL results in "Page Not Found"
1
When editing this post, the "preview" displays the image correctly. When viewing the question, the image is not displayed
7
"Question needs 0 votes to close", but I didn't cast a close vote
3
Why aren't backticks working in comments to get a fixed-width font?
2
Emojis don't render in question titles, but do render within questions