Use block quote style from SU on MSU

Block quotes are a good (if semantically questionable) way to visually separate e.g. screenshots as part of a post on SU, which might otherwise be mistaken as part of the post text, since the get a line on the left side (similar to some email clients' quoting).

On MSU, where we regularly include e.g. screenshots of the regular site into posts, it's different:

Unfortunately, it's not nearly as useful when including partial screenshots of a web page, this the background color becomes a not nearly as visible border around the image. Compare the following screenshots taken from a slightly modified version of this post by slhck. 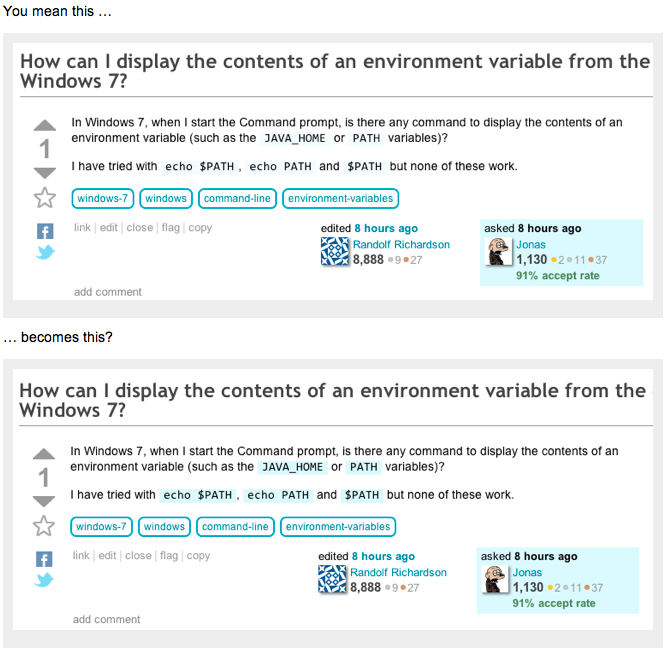 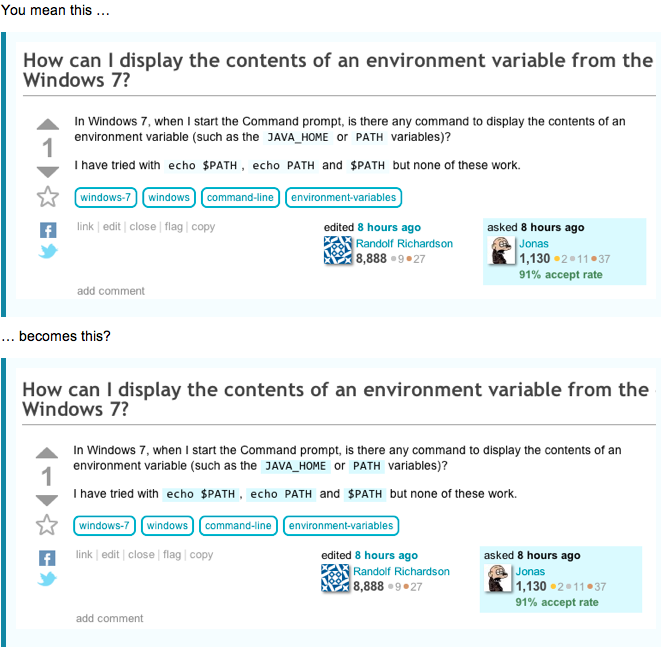 The border on the left side works much better to separate the images from the text of the post.

Please chance the MSU blockquote style to the one used on SU (maybe with less/no saturation in the border color, but a similar overall style).

This is status-completed... just that SU now inherits somewhat of a MSU styling.

Not the answer you're looking for? Browse other questions tagged feature-request css meta .

8
Please change the "0 Answers" style on SuperUser
45
Nicer <kbd> style
4
Reputation related badges exist and are attainable on MSU
3
Recent diamond activity on MSU
34
CSS for the new <kbd> style
1
Can we have j/k style (like Gmail) scrolling through posts?
14
Change quote background color, to make code in a quote stand out
4
Can I use rep from another Stack Exchange sector to place a bounty?